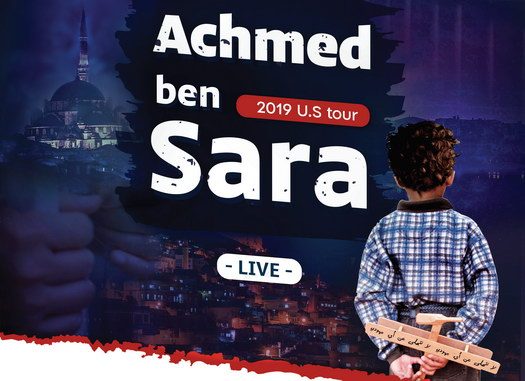 Achmed ben Sara is a name that would raise eyebrows in any Jewish community. It is also the name of a speaking tour, traveling cities throughout North America showcasing the hair-raising stories of Jewish women and children trapped in Arab villages.

The Achmed ben Sara tour features women telling over their personal experiences and of being rescued by Yad L’Achim. Their stories are heartbreaking and horror-filled. Young Jewish girls, often from troubled backgrounds, are groomed by Arab men who, posing as Jews, offer them gifts and attention to gain their trust. But once they follow their new sweetheart into Arab territory, the excitement turns to terror. Women are routinely subject to depraved violence and abuse at the hands of the men they hoped would be their prince charming. Their children are raised as Arab Muslims and tought to hate Jews.

“It’s almost impossible for a Westerner to imagine how totally trapped they are” says Yossi Eliav, Director of Special projects, organizer of the tour. “They live like prisoners, without access to a phone, or even the freedom to go outside.

“One woman did not have access to a phone for 32 years and no way to call for help” says R’ Nesanel Gantz Director of Yad L’Achim in North America.

The Achmed ben Sarah tour is traveling to every major US city to showcase the plight of these women and children, and to support their rescue. It is the rare chance to hear from a special woman live as she tells her life story and answers questions after her talk. Dramatic videos of actual rescues will be shown at all events as well.

“People aren’t aware how many hundreds of girls are drawn into these nightmare scenarios each year,” says Eliav. “Our mission is to show their plight to the world, and save as many lives as we can.”

To have the tour come to your community and for more information please visit: 2019ustour.com or Email:yossi@yadlachim.org Phone: 646-860-9165