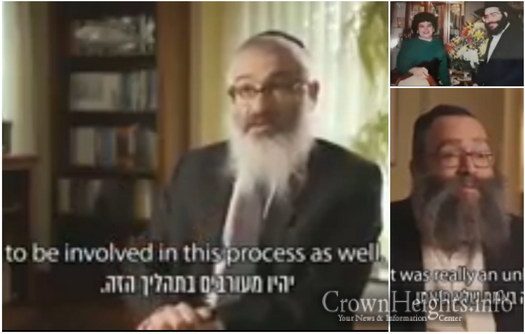 A video released show how Gabi and Rivky Holzberg continued giving, even following the tragedy in Mumbai. A doctor, moved by their story, sponsored fertility treatment that resulted in not one, but three children to a Chabad Shliach.

Gavriel and Rivka Holtzberg were murdered in a coordinated terrorist attack in Mumbai India on November 28th, 2008. The attack occurred when 10 members of Lashkar-e-Taiba, an Islamic terrorist organisation based in Pakistan, carried out a series of 12 coordinated shooting and bombing attacks lasting four days across the city of Mumbai. The attacks, began on Wednesday the 26th of November, and lasted until Saturday the 29th of November 2008. In the attack, 164 people died and 308 were wounded.

The Nariman House, which housed the Chabad House, was one of the locations targeted. Although Gavriel and Rivka did not survive, their son Moishe, was saved by the nanny, and escaped.

Following the tragedy, a Shliach ran a commemorating event that spurred a doctor of a top fertility clinic to sponsor fertility treatments in their memory. From these treatments came three children to Shliach Yossi Serebrynski.