« Weekly Letter: The Rebbe on “Yom Haatzma’ut”
Family Thanks 1,000 Supporters, Much More Needed » 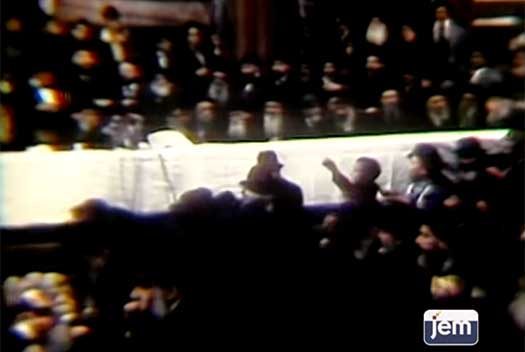 This rare color footage is from a Farbrengen that was filmed for a television program in 1973 called The Spark. The Rebbe asked the children to start a lively Niggun and they began singing a melody composed for the Rebbe’s 70th birthday, B’cha Hashem.

In the clip, you can see and hear Rabbi J.J. Hecht as he describes the goings on to those listening via telephone hookup around the world.

« Weekly Letter: The Rebbe on “Yom Haatzma’ut”
Family Thanks 1,000 Supporters, Much More Needed »