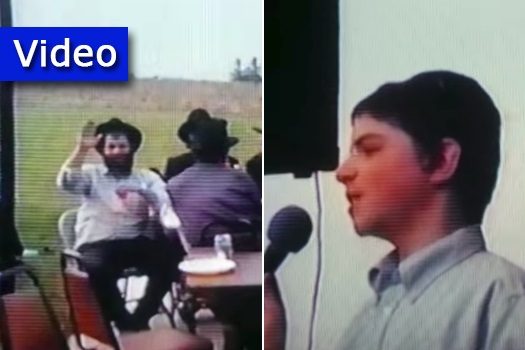 The first time Benny Friedman ever sang publicly was at the age of 13 in Sholom Mordechai Rubashkin‘s backyard in Postville, Iowa, at a Lag B’Omer picnic for the entire Jewish community in 1998. At the end of the clip you can see Sholom Mordechai waving to the camera.

Twenty years later, Benny is reunited with Sholom Mordechai, after his sudden release from prison. After they embrace, Benny sings one of Sholom Mordechai’s most favorite songs. Sunday, December 24, 2017, Monsey, NY.