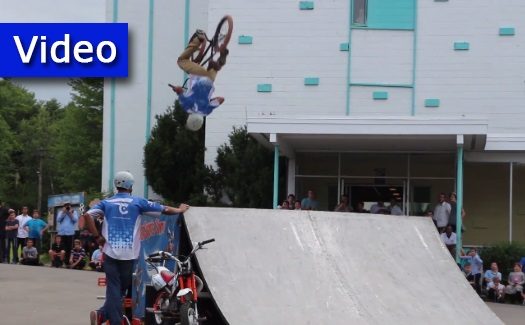 The campers enjoyed the ending of the first month and the beginning of the second month. The entire camp had a Mini Banquet where there was many Awards being given out to the campers. The following day the new campers were greeted into the shul for the orientation and the bunks were split up. The next day campers were amazed with a BMX bike show.