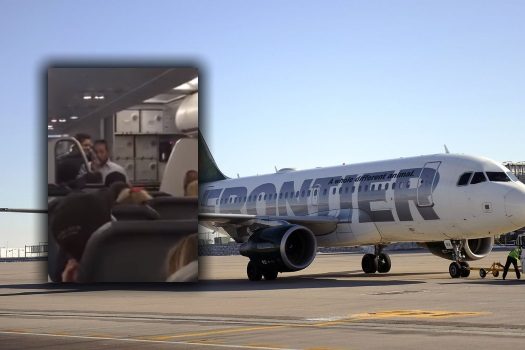 When the flight attendants announced that his plane would be delayed on the tarmac for an hour, Raffie Zuroff, an Orthodox-Jewish man, volunteered to sing the National Anthem for the passengers and crew.

“Kudos to Frontier Airlines. After announcing a one hour delay on the tarmac the stewardess asked if anyone wanted to share a joke or sing so I opted for the National Anthem. As soon as I finished the captain announced that things changed and we were cleared for take off. The stewardess gave me a free bag of M&M’s for my singing”.