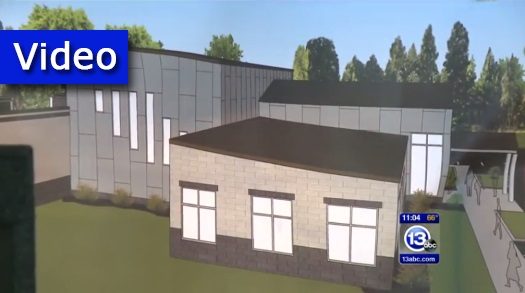 “We were totally out of space and there are some many more programs that need to be launched and we didn’t have the space for them,” said Rabbi Yossi Shemtov.

Approval for this plan was not always smooth. Some raised opposition to the plan during Sylvania township zoning meetings.

Some people living in nearby neighborhoods called it too large, too institutionalized, saying it didn’t take into account the needs of the property owners around it. Eventually issues were ironed out and zoning was approved.

“It’s hard to guess sometimes the needs of your neighbors and what was nice about it was in the end more or less we were able to come to an agreement on all the important issues,” said Rabbi Shemtov.

The house is also home to the Friendship Circle of Toledo, which matches teen volunteers and professional therapists with Jewish children and young adults with special needs as a way to provide friendship and support.

Chabad plans to use the building for its pre-school, summer camp, special programs for adults, classes and synagogue among other things.