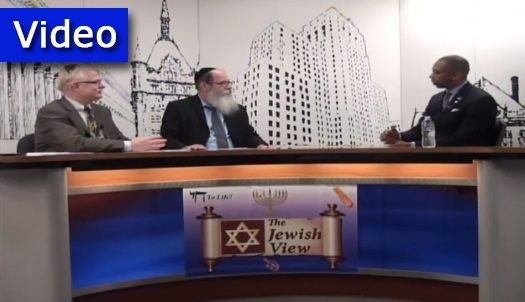 Mr. Mosley talks about his struggles living in the high rent district of Crown Heights. He reveals that he lives in government-subsidized housing, and that he is a single parent during the week, while his wife lives in New Jersey working in the medical field.

They also talk about dwindling interest in Jewish ceremonies at the Capitol, such as the Rebbe’s birthday commemoration in March and a Tu B’Shvat ceremony in January, over the past few years since there was a change of leadership in the Assembly with the resignation of Speaker Sheldon Silver.

They talk about the state budget and the measures that were in the $153 billion spending plan that were issues pushed by lobbyists for the Jewish community. They also touch on anti-gun violence legislation, which leads to a poignant personal story by the assemblyman.