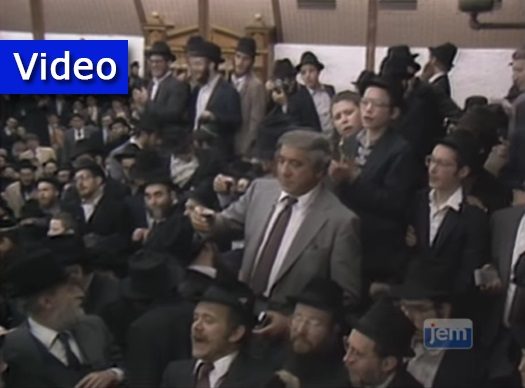 When the Rebbe launched into a story​ about a yacht owner​ at a Yud Aleph Nissan Farbrengen in 1983, his identity was a mystery.

Soon enough, however, Mr. David Chase was identified. Mr. Chase was a philanthropist and ​the chairman of Machne Israel Development Fund.

Watch this new montage of the Rebbe relating the story, hear some details from Mr. Chase, and see the special interaction that took place shortly thereafter.