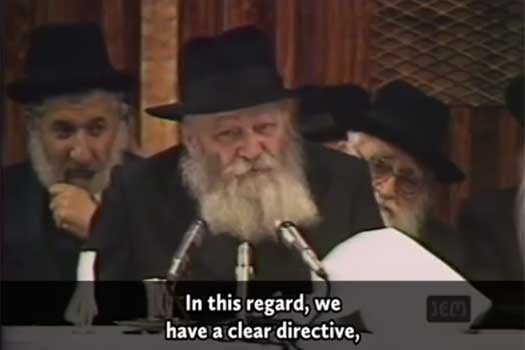 Today, 24 Teves, marks the Yahrtzeit of Rabbi Schneur Zalman of Liadi, the founder of Chabad. Known among Chassidim as the Alter Rebbe, Rabbi Shneur Zalman authored the Tanya and a version of the Code of Jewish Law, lighting the way in both Halacha and Chassidic Philosophy.

In honor of this day, JEM presents a video of the Rebbe’s Farbrengen marking this day in 1981. Interspersed with Chassidic melodies, the Rebbe’s talks shed light on the life of the Alter Rebbe and his dedication to both the Torah and the needs of his brethren. The Alter Rebbe was a prolific Torah scholar, but his main passion in life was to serve the Jewish people.

On the anniversary of his passing, it appropriate to dedicate ourselves as well to carrying the Alter Rebbe’s message to Jews of all levels and all kinds, be they scholars or simple folk. A Farbrengen is a time to honor the Alter Rebbe’s life, as we recommit ourselves as his followers to go in the ways that he taught.