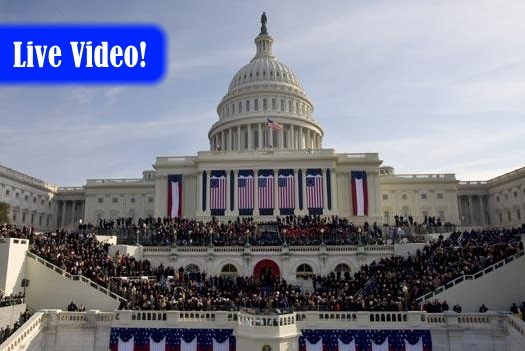 The long and turbulent 2016 election reaches its final milestone today when Donald Trump is sworn in as the 45th president of the United States. Trump will take the oath of office promptly at noon, which marks the official transfer of power.

The inaugural address comes toward the end of the outdoor ceremony, and shortly after that, Obama will leave and Trump will attend a luncheon before the rest of the scheduled events — including the parade and various balls — fill out the landmark day.