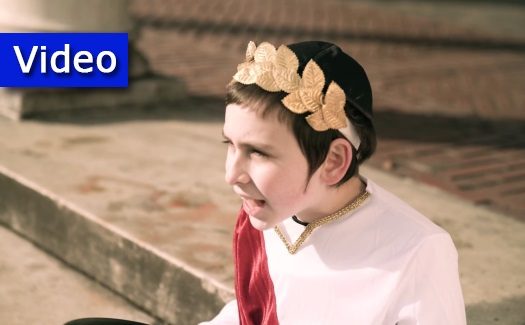 Video: A Quest for Oiz, Part 2

This video is the second episode in the Quest for Oiz series. Produced by Tzivos Hashem and filmed in Crown Heights, the videos follow the quest of a young school boy as he searches for ‘oiz’ – power, and learns an important lesson on how it’s achieved, while collecting cards of the mightiest armies in the world.