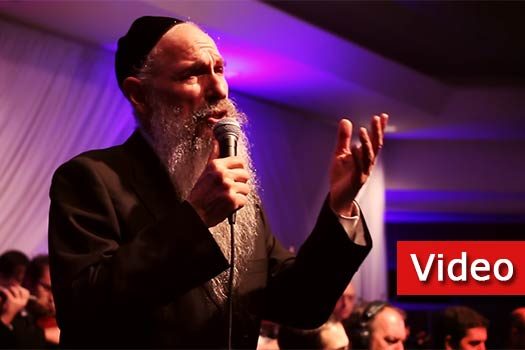 For the first time ever, MBD, Shira Choir and Mendy Hershkowitz performing the song “B’ein Meilitz Yoisher” Live! The song was released originally on the album “Let My People Go” back in 1991, 25 years ago.

This classic Mordechai Ben Devid song is a one that has captured the heart and soul of so many people over the years. It portrays one of the holy prayers on the high holidays, in typical MBD fashion, by awakening the emotions of these moments.

At a recent event in Montreal where an avid MBD fan requested to hear the most classic of olden oldies, Mendy Hershokowitz pulled this song from the archives, and put it to the test live.

It’s hard to describe the feeling in that room as this song started being performed. As the song continued on, the flow of emotions was palpable in the air as the momentum kept growing throughout. MBD and Shira choir with this talented orchestra kept building on this amazing melody – composed by MBD himself and re-arranged by Mendy Hershkowitz – to recreate an experience we hope you can relive by watching this video.