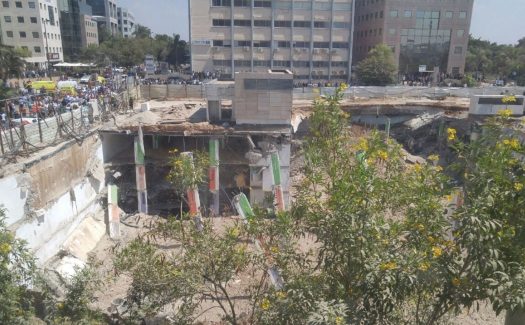 A multilevel parking garage under construction in the city of Tel Aviv collapsed on Monday, killing at least two people and injuring about 17 others, Israeli police and rescuers said, as rescue teams worked frantically to locate several people believed trapped under the rubble.

The midday collapse sent a large plume of dust floating over the area. Those killed were not identified but they were likely workers at the construction zone. The cause of the collapse was under investigation.