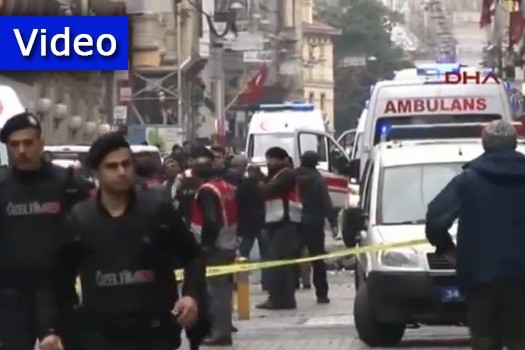 Israel’s Foreign Ministry said there were 11 wounded Israelis: two were in serious condition, two in moderate condition, six in light condition, and a wounded woman who was in surgery. Ten Israelis were considered missing hours after the attack, raising fears that more Israelis had died. The attack occurred on the city’s famous Istiklal Street, a popular tourist destination visited by many people on weekends. Among the wounded Israelis were members of two different tour groups, which apparently met on Istiklal Street just before the attack.

Foreign Ministry Director General Dore Gold decided to cut short his participation in the AIPAC Conference in Washington, DC, which is to begin on Saturday, and fly to Istanbul to visit the wounded. A plane carrying an MDA delegation landed in Turkey after 10 PM to help examine the wounded Israelis.

Washington said two Americans had been killed and a Turkish official said one victim was Iranian, suggesting that some of the dead may have had dual nationality.