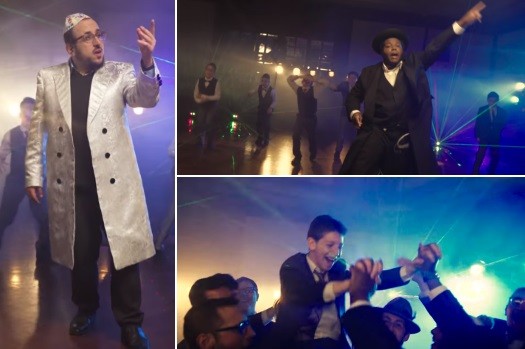 Superstar Lipa Schmeltzer and rapper Nissim Black pair up for their first time ever in a joint music video, lending their talents to The Bar Mitzvah Fund — an organization aimed to raise money for less fortunate families making Bar Mitzvahs.

Bar Mitzvah boys everywhere are teaming up to donate a percentage of their own gifts to not only get involved in the community in interactive and exciting ways, but to get their friends & family in the mix as well.

The Bar Mitzvah Fund is the brainchild of 15-year-old Five Towns resident, Avi Faivish, who realized that while some of his friends’ Bar Mitzvahs were celebrated with great fanfare, others were merely considered minor events.

Taking matters into his own hands after his Bar Mitzvah, Avi used his own maaser money to donate to the first Bar Mitzvah Fund project. This was only the beginning of many other Bar Mitzvahs to come so that every boy could feel special on this most important of days. The Bar Mitzvah Fund has funded more than 100 Bar Mitzvahs since its inception two years ago.

Bar Mitzvah Time is an electric, upbeat video that encompasses the joy of this milestone event. Written by Lipa with English lyrics by Nissim, the catchy, Bar Mitzvah Time captures the dual energy of a Bar Mitzvah, both, an important event marking the transition into adulthood as well as a moment of pure, unadulterated joy, celebrated with friends and family. The Bar Mitzvah Fund seeks to accomplish exactly that with each and every Bar Mitzvah mission.

Bar Mitzvah Time was produced and directed by Daniel Finkelman, and is a Sparks Next production

Check out Lipa and Nissim live on stage as they join superstar Gad Elbaz at a mega Pre Purim Hakhel concert this coming Sunday, March 20th at 7pm in Brooklyn College. For tickets go to: www.WeR1events.com.