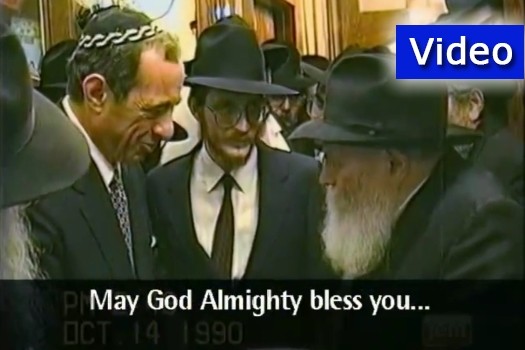 Video: Governor Tells Rebbe ‘I Watch You on TV’

Following the passing yesterday of former governor of New York Mario Cuomo, father of current governor Andrew Cuomo, we present a video of the senior governor’s encounter with the Rebbe, which took place in October of 1990.

The governor thanked the Rebbe “for all you do for the community, for education, and for the wonderful example you set.”

“I have listened to you; I have watched you on television; and I have learned from you,” he said.

The Rebbe handed him two dollars and said “With these two dollars for charity, may you go from strength to strength, both before and after the upcoming elections. But don’t pay me back, give back to the people!”