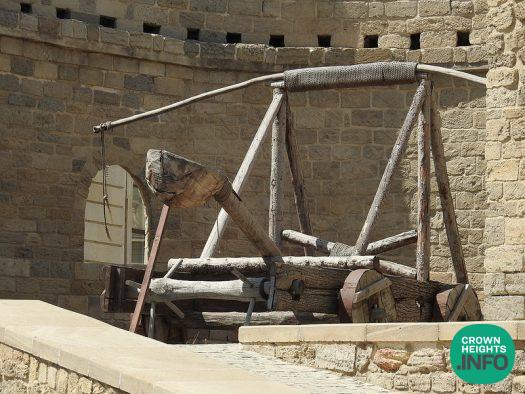 My friend Steve was a top executive in Bear Stearns on Black Monday 1987, when his whole world collapsed, all his investments and that of his clients were totally wiped out, and a depression is all he can see coming.

Steve went to visit the Rebbe on the following Sunday to get a dollar and a blessing to survive the calamity, and some encouragement for the bleak future ahead.

Standing in line with thousands of others who came to seek the Rebbe’s blessing, Steve organized in his mind a short sentence that encapsulated his dilemma, and to ask for a blessing.

When Steve reached the Rebbe, he froze, and he lost his train of thought, all he could muster to say was, Rebbe, I need a blessing for Parnasa (to earn a livelihood).

The Rebbe responded: “One step backwards for two steps forward”.

Steve walked away on the seventh cloud, he was flabbergasted, the Rebbe read my mind, I’m going back to work and I’m on a roll to buy, buy, and buy.

The next day Steve came to work, and he told his colleagues we’re off on a buying spree!

Are you crazy? Are you on Prozac?

Steve was not deterred, he started buying and buying, and in a short while, Steve recovered fully, and he was better off than ever, he made money for his clients and for himself like never before.

The Arizal Says, that it is appropriate to do Kiddush Levana on Motzoei Tisha B’Av after we finish the fast.

Rabon Shimon Ben Gamliel says in the Mishna: לא היו ימים טובים לישראל כחמשה עשר באב, there were no greater holidays for the Jewish people like the 15th of Av (and Yom Kippur).

Many events that happened on this day are given as reasons for this holiday, but the question remains why did this day cause all these amazing events to become the greatest holiday of the year?

The answer is that this 15th of the month immediately follows the calamity of the ninth of Av, therefore the 15th of this month has so much more meaning, and therefore it is the greatest.

The moon is cyclical, every month the moon disappears, starts with a tiny sliver and slowly for 14 and a half days the moon comes back to its full glory.

Jews are the same, they have their cycles, occasionally they disappear, and Tisha B’Av is that day when the Jews seem to be completely vanquished and gone, but when the 15th of the month comes immediately following this disappearance, they reappear just like the moon.

That’s why we say in Kiddush Levana שֶׁהֵם עֲתִידִים לְהִתְחַדֵּשׁ כְּמוֹתָהּ = that they (the Jewish people) are destined to renew like her (the moon).

So, after the fast for the disappearing Jews, we immediately invoke our confidence that we will renew like the moon.

Similarly, on the 15th of Av, when we see the full moon, we know and are confident that we will renew like the moon, and this is the secret of our existence.

Hence, the greatness of this month, because then we feel and see the most relevant meaning and significance of the full moon to us.

This makes the 15th of Av the greatest Holiday in the lifecycle of the existence of the Jewish people.

One step backwards, for two steps forward, because when we will return to our full glory, we will understand the entire past, and we will enjoy the greatest future and open connection to G-d, double and more than ever before, may this be speedily with the revelation of Moshiach Now.

This is also why we read the haftorah this week, נַחֲמוּ נַחֲמוּ עַמִּיֹ יאמַר אֱלֹקֵיכֶם = be comforted, be comforted my people, says G-d, because we are going to experience a double comfort.

Have a Sprinting Shabbos,
Gut Shabbos