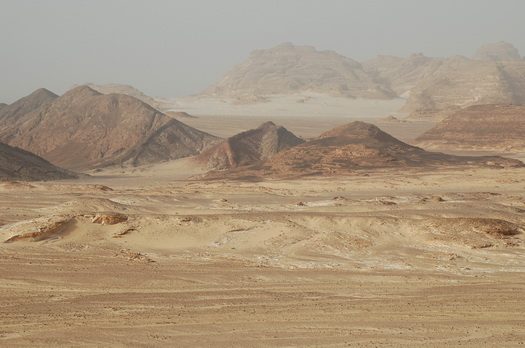 Weekly Dvar Torah: Everything from Sinai

And these are the laws that you should present to them.

The first word in the Parsha is ואלה = And these are, as if continuing from mid-sentence.

Which is interesting, usually we don’t start a new chapter as a continuum of a mid-sentence.

Why is this important? Because what follows in this Parsha seem to be common law, these are laws that every civil society would implement for civility and justice, therefore one may think that we don’t need G-d to teach us how to be civil, so the Torah teaches us that even laws of decency must come from G-d in order for these laws to be sustainable.

Sodom and Gomora, Egypt, Babylonia, Rome, Spain, Soviet Russia, Nazi Germany, they were all superpowers and civilized societies by their own standards, but today we can’t even fathom how were they capable of committing such atrocities with the world’s approval, the same applies to some of present-day moral values, many of which were unconceivable only a generation ago.

Because the human mind, without a G-dly moral compass is capable of justifying just about anything, and with just one push of a button is capable of blowing up the world.

Everyone agrees that war is not a good thing, everybody would love to live in utopia, so why is it that history is replete with war, and historically the greater the warrior, the greater the hero?

Nimrod, Titus, Caesar, Alexander, Napoleon, just to name a few, and even King David is also known for the wars which he waged, why don’t we find peace pursuers as the heroes of history?

The Rebbe once explained, that since the Torah served G-d as the blueprint of creation, therefore everything that happens in this world must be found in Torah.

Where in the Torah do we find that there will be a time when there will be no more war? It is found in the prophecy of Yeshaya (Isaiah) about the end of days:

“They will beat their swords into plowshares and their spears into pruning hooks; nation will not lift the sword against nation, nor will they learn war anymore,” (Yeshaya 2,4).

Yeshaya prophesizes; a day will come when there will be no more war. But when will this happen? Only in the end of time, when Moshiach will come and usher in an era of peace for the entire world.

This implies, that before that day comes, this will not, and cannot happen. Inasmuch as commonsense dictates that war is bad, nevertheless war will prevail until the end of time, as written in Torah.

The Rebbe went on to explain, that since we are getting closer to Moshiach, therefore the world is slowly starting to get used to the ideals of peace and no more war, the United Nations proclaims peace across the street on the Isaiah wall, and generally the world took a turn to promoting peace and condemning war.

Obviously because Moshiach has not yet fully arrived we still have a long way to go, and even these latest wishes of peace are not taking hold, but the trend is definitely in that direction.

This we learn in this Parsha, “just like the Ten-Commandments came from Sinai, so too everything else comes from Sinai”, if we want anything to take hold in this world, if it is not grounded in Torah, chances are that it will not happen, but if you look to Torah and realize that even commonsense must guided by the G-dly plan, then we will succeed in holding to the highest moral standard.

Have a desirable and peaceful Shabbos,
Gut Shabbos