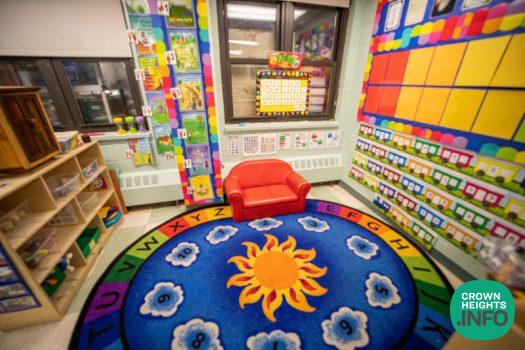 The Rebbe on Co-Ed Schooling

I am a Chabad Chassid and was offered a job as principal in a local Jewish day school. The classes in this school are mixed boys and girls. I know how much the Rebbe demands that our schools should be separate. Is that only for chabad schools or all schools? Should I take up this job-offer which I feel can be a real shlichus for me? Please provide some clarity and insight on this important topic.
﻿

This is indeed a very important and sensitive issue where the Rebbe’s stance is unequivocal: Separation of boys and girls should be for all ages in all institutions.

The following are some of the answers from the Rebbe in regards to the above:

1) In a letter written in 5728 (1968) to Rabbi Nachman Ziegelbaum, the Rebbe writes: “I’m sure that you are careful to separate the boys and girls in their education. Anyone that knows a bit about education does not need to explain how important this separation is. This should begin from a young age, because this — the separation of boys and girls — is not dependent on the age of their being responsible for Mitzvos [emphasis by the Editor], but rather many years before. If it is not dealt with early, it becomes part of their nature.” (Igros, Vol. 25 p. 1; #9379).

2) To the administration of the Chabad network of schools in Israel, the Rebbe writes: “You can say it clearly in my name that I demand a separation of boys and girls in the Chabad institutions not because they are Chabad institutions. My opinion is clear: This separation needs to be in all educational institutions. In our orphaned generation, this is not just a religious issue rather an ethical and modesty issue. The negative results can be seen in the institutions that do not follow this separation. There are so many negative results that even though there is a concentrated effort to conceal the publicising of these results, it does — from time to time — reach the ears of the public.” (Igros, Vol. 14 p. 434; #5212).

3) In another letter, the Rebbe adds the following point: “In recent years, even the non-Jews have seen the detriment of having mixed-genders in the classroom. It is just that for self-understood reasons they choose to prevent the publicity of these findings.” (Igros, Vol. 16 p. 284; #6058)

4) There was a rabbi in Gibraltar who had members of his community that were sending their kids to public school. It seems that the public school system was separate boys and girls. He had an idea to open a Jewish high school, but because of the small number of children it would have to be mixed boys and girls. He wrote to the Rebbe about his idea and merited to receive the following answer: “If in the local public school, the Jewish children are not forced to desecrate the Shabbos, at this point it is better they stay there.” (Igros, Vol. 18 p. 154; #6655).

5) In 5719 (1959), the Rebbe was asked by a frum teacher if he should accept a teaching position in a mixed school. The Rebbe responded: “It does not seem to me to be a good idea for you to take the position of being a teacher in a mixed school. By taking the position, it might be perceived as a “hechsher” of this type of education … and the One that gives sustenance to all (Hashem) has found ways for you to have a livelihood until this year and will certainly continue to do so this year as well.” (Igros, Vol. 18 p. 10; #6612).

6) In a letter written to Rabbi Michoel Lipskier, the first shliach to Morocco, the Rebbe writes: “In regards to your question about opening a girls school in Meknes: it is definitely a good thing … as long as it is not together with the boys. This does not just mean that the boys and girls should be in separate classrooms, rather (if you can not get separate buildings) there should be separate entrances and exits for the boys and girls.” (Igros, Vol. 6 p. 33; #1656).