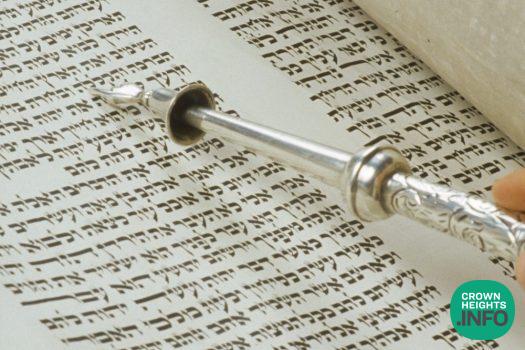 Should a Bar Mitzvah Boy Lein His Parsha?

My wife and I are Baalei Teshuva and our oldest son Menachem Mendel is becoming a Bar Mitzvah and we were planning a big event in our Shul in which lots of extended family (currently not-frum) would join us. I had hoped that, in addition to the Maamer, he would lein his parsha or at least the haftarah, but he feels that it is giving him too much pressure. At this point, he is saying that he does not want any Bar-Mitzvah celebration at all! What is the proper chinuch approach in this scenario?

While most of the above is common practice, we all should be made aware of the Rebbe’s clear directives about these things:

1) Publicly celebrating a Bar Mitzvah: “In response to your question if you should make a public celebration of the upcoming Bar Mitzvah … when someone is entering the age of Mitzvos, I see no reason why it should be kept quiet. This is especially true in our generation, when we really need to impress on others the specialty of Mitzvos. It is self-understood that I am not advocating for parents to waste money on a big affair, rather that it should be nice chassidishe Farbrengen where the participants are inspired and wish brachos to the bar-mitzvah boy.” (Igros, Vol. 10 p. 376; #3337)

2) On Shabbos: “If I had the power, and I have written to many rabbis about it, I would abolish this custom of publicly celebrating Bar (and Bas) Mitzvos on Shabbos. The idea of these public celebrations are to inspire the participants to be more involved in the Mitzvos of Hashem, and — in many cases — by coming to the simcha, the participants are actively violating the Shabbos by driving to shul. Therefore, I strongly recommended to many rabbanim that they should encourage their congregants to have the public celebrations on a weekday.” (Igros, Vol. 17 p. 237; #6386).

3) Spending months preparing the Parsha: “You wrote to me that the Bar-Mitzvah boy prepared and read the parsha: I want to say that our generation is unlike previous generations. In the past, the children were immersed in Torah and Yiras Shamayim the entire day. They also had many hours of learning Limmudei Kodesh. Thus, an especially talented boy would take the time to prepare the parsha in his extra free time. In our days, [however], when many children have hours of learning secular subjects, and are made to give up their personal time (where they can be relaxing) and instead of focusing of the necessary halachos, the parents put all their emphasis of learning how to read that particular parsha (with no intention that the boys should continue becoming an official Baal Koreh).”

“In my opinion mitzvah l’farsem (it is mitzvah to publicize), that while the public Krias Hatorah certainly has value, there is even a greater value in learning with great diligence and to be meticulous about the fulfillment of the Mitzvos.” (Igros, Vol. 18 p. 222; #6724).

4) Haftorah: “There is no real custom of reading the Haftorah. I would like to say that the source of the custom of many places that encourage the reading of the Haftorah is based on the fact that in many instances the rabbanim did not know the true birthdate of the Bar-Mitzvah boy. Being that they were worried to give a boy an aliyah — as it is possible that he is not really Bar-Mitzvah — they encouraged the boys to take Maftir (which is halachically allowed to be given to a child).” (Igros, Vol. 17 p. 87; #6234).