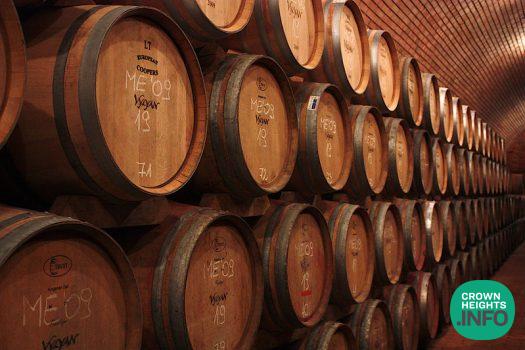 Weekly Story: What Is Mesiras Nefesh

In the Al Hanissim that we say on Chanukah, it is mentioned that on paper the Chashminoim (Maccabees) had no chance of winning the war. The Greeks were stronger and outnumbered them. Yet the Jews did not make this calculation, nor did they rely on the law that if there is only impure oil, it can be used. They searched and searched until they found a single jug of pure oil.

Going beyond the letter of the law, is called mesiras nefesh. So I will post a story about Mesiras nefesh that I heard at a farbrengen of Rabbi Nissim Mangel sheyichye.

As always, I appreciate your feedback and thanks to those who wished me mazal tov on the birth of our granddaughter after I posted it last week.

When the Tzemach Tzedek returned from the Rabbinical Conference of 5603 (1843), the chassidim spoke in awe of his steadfast mesiras nefesh. How even after being arrested twenty-two times in a period of a few months, he wasn’t intimidated and didn’t cave in to the pressure and threats of the government of being charged of treason.

The Rebbe heard this and said that was not mesiras nefesh as I did it to protect the Torah. Reb Boruch of Mezibuzh had real mesiras nefesh. The Rebbe then proceeded to relate the following story:

There was a chossid of Reb Boruch who sold wine. He borrowed money and bought a few barrels of wine, loaded them up on his wagon and went from village to village selling smaller amounts to each customer. After selling what he had, he returned home, paid off his creditors, paid his family’s debts and once again bought on credit and some loans.

One Thursday night as he was saying krias shema before going to sleep, he contemplated his actions of the day (and of the last few weeks) and felt that his actions and conduct are not the way they should be for a Jew and especially a chossid of the great tzaddik Reb Boruch.

Being that he fortunately was close to Mezibuzh he decided to spend the Shabbos by his Rebbe. Hopefully he will be allowed to ask the tzaddik how he can correct his flaws. He received permission from the innkeeper to leave his wagon in the stable over Shabbos, and off he went to his Rebbe.

Friday night the chassidim would come to the Rebbe’s tish to hear his explanations or thoughts on some aspects of the weekly parsha and be inspired. This week, however, in front of everyone, Reb Boruch berated the chossid for leaving his wagon in the inn without proper supervision. What were you thinking, asked Reb Boruch.

The chossid was humiliated, but accepted it, thinking, most probably the Rebbe did this to atone my flaws.

However, during the meal on Shabbos day and during the third meal late Shabbos afternoon as well, the Tzaddik Reb Boruch continued to berate and embarrass this chossid.

It came to a point that another guest who happened to be related to the Rebbe couldn’t contain himself anymore and said to Reb Boruch, my dear mechutan our sages tell us whoever shames a person in public has no portion in the world to come, and you did so on three occasions.

Reb Boruch replied, Mechutan, don’t you think that I am aware of that statement, but what was I to do?

This chossid in his sincerity came to seek guidance and left his wagon with barrels of wine in the barn of the inn in a nearby village. The inn has many customers and some of them noticed that this wagon was left unattended and were discussing among themselves that it is a golden opportunity to enjoy the wine, after all it is on the house .

If that would have happened, this chossid would have been financially ruined. He would not be able to pay off his debts, the wholesalers wouldn’t trust him anymore, and he would lose his source of income.

So I decided to humiliate and indeed mortify him. The anguish that he received from this equaled the anguish he would have experienced had his wine been enjoyed by those customers in the inn and been left without a source of income. By doing this heaven decided that he should not have additional anguish and caused that the other people in the inn left his barrels alone.

I am willing to forgo and lose my share in the world to come if that prevents a single Jew from losing his livelihood.

That concluded the Tzemach Tzedek is mesiras nefesh, but what I did was for the entire Jewish nation as well as for the honor of the Torah, and that is something anyone would have done, no matter the price he would have to pay.