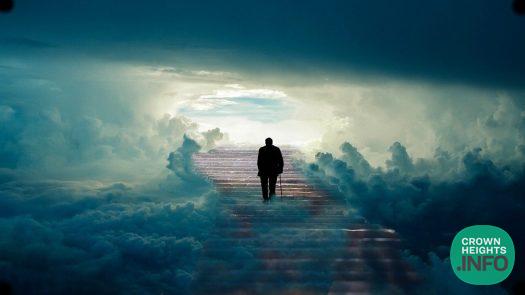 Yaacov (Jacob) wanted to dwell in peacefulness, and the troubles of Joseph pounced upon him (Rashi 37,2).

Finally, after all the trials and tribulations of Eisav (Esau) and Lavan, Yaacov is trying to settle in peace, but it was not meant to be.

Previously we learned about Eisav inviting Yaacov to join him in Seir to live in peace, and Yaacov said; you go ahead on your own, one day I’ll catch up with you, now I will continue my journey at a slower pace.

There’s an interesting process here, even when opportunities seemed to surface to live in peace, for one reason or another they didn’t work out, by design or otherwise.

This process is indicative of the big picture of the history of the Jewish nation, Eisav, at that moment, invited Yaacov to go straight to the final goal of Geula (redemption), when the entire creation will live in peace, but Yaacov, who knew the proper process towards redemption, said no, the time has not yet come.

When Yaacov finally settled in Canaan (Israel), he felt that perhaps he came to the final station towards redemption, and G-d said; no, the time hasn’t come yet, there is still a process to follow.

These are two examples of many, through the Torah, and throughout our long history since the day of creation, we have a goal of peace and redemption, but at every step we encounter challenges and seemingly overwhelming obstacles, which take us away from achieving this goal.

Seems to be planned and intentional.

The short story is the story of creation.

G-d-Almighty, the infinite Supreme-Being, created a world ex-nihilo, and He wanted a world in which He is not recognizable, and that His creations should work from the bottom up, to work their way to discover Him and recognize His existence, and in this way, He will be revealed in the entire existence.

In order to succeed, we must go to the depths of our existence, to the depth of the entire existence, which seemingly is devoid from G-dliness, and find G-d even there.

This is a very challenging mission, to go to Canaan which at the time was not a G-dly place, Yaacov must work it through, until everybody sees G-d’s hand which controls every part of its existence.

We can’t just bulldoze our way through straight to G-d, He concealed himself so much, that we must dig deep and deeper until we refine the world to be able to discover G-d.

Eisav wanted to barnstorm the mundane and crash right into G-dly revelation, but Yaacov said, take it easy we have a long road until we’ll reach this goal, the world has to be ready first.

Nevertheless, when Yaacov finally reached Israel (Canaan), he thought that maybe the time is now, so G-d showed him the troubles of Yosef (Joseph), there’s still more work to do, the obstacles have not yet been fully obliterated.

When the Alter Rebbe started teaching about G-d, and how we simple mortals are able to internalize G-d and become close to Him, up on high there was a challenge, they argued the time has not come for such revelations, this is too much for this world to accept.

The same happened on Chanukah, when the Hellenists saw the Jews studying Torah and keeping Mitzvos, they challenged the Jews, saying; study Torah for intellectual stimulation, just keep G-d out of this, you want to keep Mitzvos, do it as a cultural thing, leave G-d out of this.

But the Jews stood up to this challenge, they said no way, this is all about G-d, if you take G-d out of the equation, Torah and Mitzvos serve no purpose, the point is to use our intellectual faculties to understand G-d how He relates to this world in which we live, and we must keep Mitzvos because by using our material goods for Mitzvos, we elevate them to become G-dly objects.

This is the story of the long Golus (exile), every generation is constantly challenged with difficulties, to allow us to overcome them, to reveal the G-dly sparks that are concealed within them.

And this can be done only by the children of Yaacov and the students of the Alter Rebbe, and by all Jews who remember and follow the Chashmonaim (Hasmonaean), who stood up to the Greek-Assyrians, and brought more G-dly light to this world with the Chanukah Menorah.

Every Jew is a candle, and the mission is, to use the empowerment from Yaacov, and the teaching of the Alter Rebbe, and the light of the Chanukah candles which brighten the world with the light of G-d.

Have an illuminated Shabbos,
Gut Shabbos and Happy Chanukah