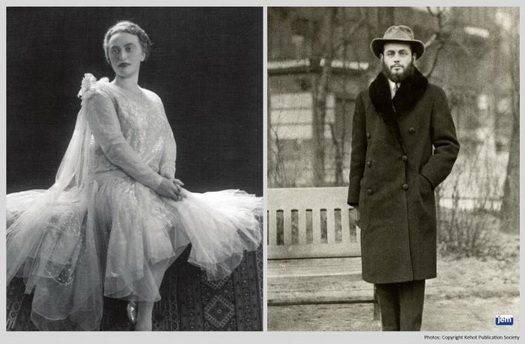 On Tuesday the 28th of Sivan,5781 (June 8, 2021), Chasidim the world over will celebrate 80 years since the Rebbe, and his wife the Rebbetzin, set foot on American shores as they fled Nazi Germany.

If not for this day, where would I be today?

Where would all the Chasidim be today?

In fact, where would world Jewry be today?

We all get it that to us Chasidim this is a special day, the Rebbe is very dear to us, and his salvation from the Nazis is important, the Rebbe is almost a lone survivor from his immediate family to survive the toxic cocktail of Hitler and Stalin.

I once heard the Rebbe list relatives of his who perished in the holocaust, his brother, uncles, aunts and grandparents, and of course his great holy father who died while exiled by Stalin in faraway Asia.

So, the Rebbe and Rebbetzin surviving all these horrors is very important to us, so we celebrate, but to make such bombastic statements that world Jewry depended on this day, isn’t this a bit of a stretch?

Chabad Chasidism is an intellectual study, everything is based in Torah to study and understand.

A little history is in order.

At the turn of the 20th century, because of the pogroms organized by the czar, hundreds of thousands of Jews fled Russia to the new world, amongst them were tens of thousands of Lubavitcher Chasidim. I read somewhere that in the early 1900’s there were about 300 Lubavitch Shuls in North America.

When the previous Rebbe visited the united states in 1929-30, he traveled to Chicago, S. Louis, Detroit, Philadelphia, Baltimore, Cincinnati, New York and New Jersey, and many more cities and States, these were bastions of children of Chabad Chasidim, very few of them continued the tradition. You can visit the cemeteries of these cities and you’ll find all the Chasidim buried there.

One of the reasons the Rebbe made this visit, was to see if he can resettle in America after being expelled from the Soviet Union, but when the Rebbe returned to Europe, he said that America is not ready for him to come.

Ten years later however, the Rebbe did resettle in America, and then he made the famous statement “America is not any different (than the old world, Europe, as far as Judaism is concerned)!”

It was (in)famously said about America, that the cobblestones of American streets are Treif (not Kosher), because it was practically impossible to keep Torah in America, you couldn’t hold a job if you kept Shabbos, there was no Kosher food industry, there was no Jewish education to speak of, and whatever Judaism existed was a bagels and lox version of symbolism that amounted to nothing, Jews would throw their Talis and Tefillin overboard into the Atlantic, because there was no use for them in America.

So how did the Torah arrive in America, and for that matter to the rest of the western and southern hemispheres? We do find Torah today in every corner of the world!

America wasn’t ready for Torah because the Torah was given on the other side of the world, will it ever be ready?

That’s when we must listen to divine providence, when Hitler forced the Jews to flee Europe, this was the message from G-d that it’s time for Torah to be transplanted to America, and our Rebbes heard the call.

When the previous Rebbe came in 1940 he declared that America is no different, and it took time for the message to sink in, and when our Rebbe came 15 months later he was appointed to head the organizations that were to implement the plan to bring Torah and Yiddishkeit into action.

This happened 80 years ago on the 28th of Sivan 1941, and the world changed forever as a result of that day, 6000 institutions and counting, an army of self-sacrificing dedicated families in every nook and cranny of the world, bring Torah to every single Jew wherever they are, without any limitations.

Something that didn’t, and couldn’t, happen earlier.

What a holiday this is, for me, for you, and for world Jewry.

L’chaim brothers and sisters, it is our holiday,