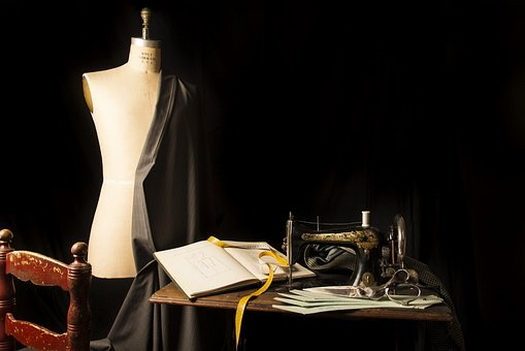 Last week, we were all pained from the horrific tragedy that befell Klal Yisroel, in Meron. Rabbi Shimon bar Yochai who symbolizes life, and whose name has the numerical equivalent of mechayeh hameisim (bringing life to the dead), and on his day of celebration, at his burial site, such an unimaginable event can occur.

When I replied to those who reached out to me for an explanation, that we have to have faith, and it is something that can’t be explained, some of them replied, Rabbi, sorry to say but that is somewhat of a cop out. I will now try to explain why it is an answer and not a cop out. Your feedback is always appreciated.

This week, someone forwarded to me the following story.

There was an Israeli Jew who was completely non-religious. For some reason he “happened” to be in New York for Tishrei and his host was the Rebbe’s secretary, Rabbi Binyomin Klein.

Although he never kept Yom Kippur, out of respect for his host, he refrained from eating or drinking, and came into the shul to see what religious people do on this solemn day. Being that he was an Israeli, and fluent in Hebrew, he had a machzor with him, and was following the prayers.

When the chazzan came to the repetition of the Musaf tefilah, and began chanting the story of the Ten Martyrs, he couldn’t contain himself, and demanded from those next to him to explain the answer that G-d Almighty gave the angels.

The angels protested, Is this the appropriate reward for those who devoted their entire life and essence to learn and teach Your Torah?! Hashem replied, be quiet and accept it, or else I will revert the world to nothingness! What type of answer is this, the man inquired? Finally an entity has the courage to ask, but where is the answer?

Most people replied to him, we don’t understand it, but we have faith that Hashem who is our Creator understands better than we. However, the person was not placated by this explanation, he demanded an answer.

So the people around him, pointed to an elder chossid, Reb Zushe Wilomovsky (or perhaps to Reb Dovid Chanzin), and said, ask him.

There was a king that was making a wedding for his only child. Everyone understands that in general everything in the palace is always on the highest standards of excellence and beauty, but in honor of this momentous occasion, the king demanded that it be elevated to even higher levels, a step higher .

Only the tastiest foods will be served, the servants should seek out the most exotic animals, fish, fowl, and produce. The best musicians would be assembled from the entire country, and so on.

The king also ordered the finest silk and material for the clothing the royal family would be wearing, and then search for an experienced tailor to custom-make them. The kings’ offer was a generous one, If you make the clothing to my liking, you will be paid enough to live comfortable for the remainder of your life. However, if I am disappointed for whatever reason, you will be thrown into prison and languish there for the rest of your life.

Understandably, almost all the tailors in the town were hesitant to accept such a challenging condition, however, there were a few tailors who were extremely confidant in their expertise who came forward. The King chose a Jewish tailor who had an impressive reputation. This infuriated his advisors, and they said to the king, the Jews are thieves, even if he makes a most exquisite garment and receives the kings generous payment, that is not enough for him. He is going to steal some of the excess material. After all the material has golden threads and small precious stones in it.

So the king added another condition to the contract, if you are accused by eye witnesses that you stole any amount of the material, you will be killed.

Knowing that he has never held on to any ones excess material, the Jew agreed.

Two months later, the tailor brought all the garments and the king and Queen were raving about its luster and beauty, it was beyond their expectations. Even the advisors admitted that they were a masterpiece. The king instructed the royal treasurer to fill up the bags that the garments were brought in with coins and precious stones, as payment to the tailor.
But then one of the advisors said, your majesty, we were told that the tailor held on to two yards of material.

Hearing this, the king was fuming with rage and according to the agreement the tailor was to be put to death. Knowing that declaring his innocence wouldn’t help him, the doomed man simply asked for the garments and a pair of scissors as his final wish.

The king was aghast, the tailor wants to stick it to me. But it wouldn’t look nice if he didn’t grant the man’s final wish, so they were given to the tailor.

When it was brought to him, he began with great care to undo all the stitches and placed the pieces next to each other unfolding all the folds and opening up all the hems. While the king was aghast that the garments were now destroyed, he saw that all the material was accounted for, nothing was stolen and spared his life.

Turning to the tailor, the king asked why did you have to undo the stitches, and destroy two months of labor?

That was the only way to answer His majesty’s accusation, replied the tailor. Any other answer I would have given would have been rejected by the so called “eye-witnesses.” But, yes, sorry to say, now there is no garment.

Turning to this Jew, Reb Zushe concluded, Hashem was telling the angels, if you want the answer, I can give it to you, but the only way to do so, is to turn the world into nothingness. Accept the fact that there is a reason.

May Hashem comfort all the families and indeed all of Israel that they should only experience revealed kindness.