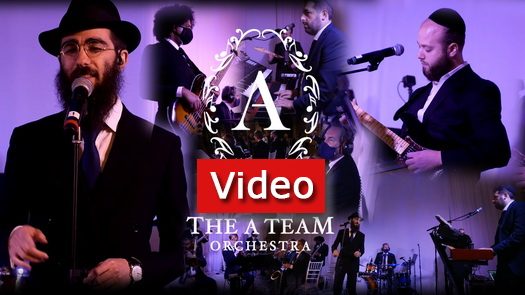 “Take the Time” With The A Team ft. Eli Marcus and Motti Feldman

After the release of our ‘Mordechai Ben David Nostalgia Medley’ with Eli Marcus, people have been begging for more!

In 1998 MBD released ‘The English Collection’, an album that impacted so many of us and left a lasting impression on Jewish music. While many of the songs on that album have been covered and performed by many of the years, the song ‘Take the Time’ has somehow fallen through those cracks.

So sit back, Take the Time and enjoy this fabulous rendition of this classic as performed by one of the most sought out artists in Jewish music today, the talented Eli Marcus, with background vocals by master guitarist and Kumzits performer Motti Feldman.

A Special thank you to Ilya Lishinsky for your constant and advice and consulting to The A-Team. always pushing the envelope for us sonically and musically, your advice and guidance is much appreciated and recognized in our work.