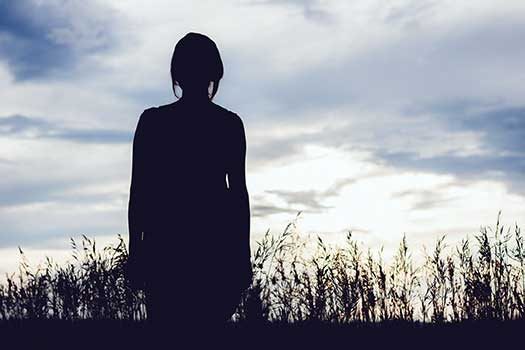 As I was coming home from mincha Thursday evening, a friend asked me, if I have anymore stories or insights from Malka. (See the Weekly Story series, “You are not abandoned”). I have therefore decided to add this thought on the maamar of V’Atah Titzaveh, that she heard years before the Rebbe gave out this maamar.

She notes I have permission to publicize it as long as I add her words of caution: As long as you make clear that I am really not sure if it is accurate!! I might have gotten it all wrong; as it was many years ago and she didn’t fully understand it

However, being that the only chiddish here is about the vov, and everything else is in the maamar, I (Sholom Avtzon) believe that she indeed memorized the Rebbe’s words and therefore I am posting it.

Something I heard from Rebbe, to the best of my recollection.

The word mitzva means connect.
Usually, It is to connect a yid with Hashem through every mitzva. And in return, Hashem also connects to the yid and is revealed in his life. Hashem told Moshe, the Rebbe of that generation, v’ata tzaveh es bnei yisroel. The ata, the very essence of Moshe, is to connect all yidden together [to Hashem]. That is the unique mission of Moshe.
Then the vov of v’ata, [which is] a connecting vov, connects Moshe’s essence to bnei yisroel. And in return, the yidden can then be connected to Moshe. This brings about the completion of the mishkan, a dwelling place for Hashem, within bnei yisroel. Where Hashem and Godliness is revealed and a time of redemption of the world.

Now to the Weekly Story that I was planning on posting.

Recently I read an article about wearing a “shabbos belt”, and that propelled me to post the following thoughts which I had written years ago. It would have been posted last week, as then is when we learned the parsha of tzitzis. However, being that last week was the shabbos before gimmel Tammuz I wrote about fulfilling the Rebbe’s ratzon.

I am not a Rov, and I am not writing halacha l’maasa, however, over the years with the many who I had discussed this with, they thanked me for the perspective or ‘gifil’.

The halacha is that the tzitzis garment has to cover one’s body, as the possuk (devorim 22:12) states tztzis should be put on a four cornered garment that covers your body; and our sages explain that to mean that the garment is to be an amah. The most lenient opinion is that an amah is 18 inches and some state that the garment must be a larger size.[1]

However, most adults get larger size tzitzis;[2] while some say the reason is to fulfill the obligation according to the opinions who say an amah is greater than 18 inches, and is actually 22 or 24 inches, there is another reason.

When one puts one his tzitzis (we are referring to the tallis koton), it is inevitable that the garment does not bunch up somewhat from his movements. When it does bunch up, the length from one end to another (meaning from side to side) is shorter than the actual size of the garment. So to make sure that we don’t have this problem, (especially on shabbos when that could cause a possibility of being considered carrying, as a garment less than an amah on an adult is not obligated in having tzitzis) we put on a bendel throughout the week to hold it in place. Therefore the bendel (belt) should be a snug fit and not hanging loosely.[3]

Rabbi Hendel of Montreal didn’t wear a bendel over his tzitzis. Instead he had a piece of cloth (around an inch in width) sewed onto the entire width of his tzitzis, and the two ends hanging like the strings on an apron. He would then tie the two ends together, this way there is no way possible for the garment to bunch up.

However, Rabbi Hendel who already had a different ‘garment’ to hold his tzitzis in place, or those who wear a gartel on their tzitzis, they cannot also put a Shabbos belt on the tzitzis, as it serves no purpose. The halacha is one belt per garment. They would then place this bendel over their shirt, or place their key onto the belt to be used as the tongue.

The question then arises, that is good if the shirt is not tucked in,[5] so this belt is holding the shirt in place. However, if the person tucks his shirt in his pants so then he seemingly doesn’t need that belt, and therefore the author of that article wrote it is forbidden, as it would be considered two belts on one garment.

The problem with that psak is that there are baalei halacha and anshei Maasa, who tucked their shirt in and did wear the belt over the shirt on shabbos.

So either, they hold that the belt on the pants does not negate the ability to place a belt on the shirt. Or even if it is considered a second belt, perhaps they only wore suspenders and not a belt, or some buttons on the shirt were unbuttoned so then there would be no question whatsoever, as the belt is serving a purpose. The author should have pointed these possibilities out, instead of stating an open prohibition.[6]

I appreciate your feedback and enjoy discussing the parameters of a tzitzis bendel a.k.a. a Shabbos belt, and the additional halacha aspects noted in the footnotes with your Rov.

P.S. Once I am writing about tzitzis I am asking you, the reader, if you would like that I post here a story about tzitzis which I heard as a child and adapted it into a novel some years ago. Being that it is quite lengthy it would have to be in installments, or do you prefer a random story or thought as it has been until now.

Your feedback would be appreciated as it would help me finalize a decision.

Rabbi Sholom Avtzon is a veteran mechanech and the author of numerous seforim on the Rebbeim and their chassidim. He can be contacted at avtzonbooks@gmail.com.

[1] Therefore a bar mitzvah boy should definitely have at least a size 18, even if he is thin and small.

[2] Lately Reb Gedaliah Korf’s family put out a video that the Rebbe showed him and Reb Dovid Raskin the tzitzis of the Frierdiker Rebbe which was 50 inches from front to back.

[3] This precludes wearing the key belt as a necklace or around one’s hand as a bracelet, as it is not serving any purpose.

[4] There is the interesting question as to whether one who needs glasses only for reading and not when they drive or walk, what should they do. I have noticed some use the glasses to form the belt. Discussing this question with rabbonim, I found out some prohibit it and others permit it. So discuss this with your Rov.

[5] I heard years ago, one of the reasons why many chassidim don’t tuck themselves in on Shabbos, although they do throughout the week, is not just because the long kapote on Shabbos covers it up, but because of the following halacha.

Being that our custom is to have the strings hang out of our pants, (in order to be able to constantly see the tzitzis) when one pulls up the strings there is a possibility that they are no longer hanging over the corner, and as noted on Shabbos that is more problematic, as it may cause the garment to become smaller than an amah and it arises the question, is it then considered carrying. Perhaps that is why those who tuck in do not always pull up the tztzis strings.

[6] Author’s note: Before posting this I did contact him and discuss some of these issues, (which in general he agreed with).