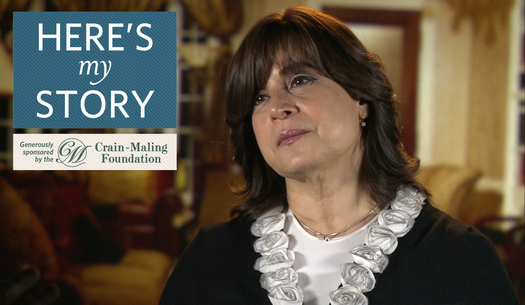 When I first became Torah observant, my husband gave me a hard time about it. He did not understand why I was suddenly doing some of the things I was doing – to him it seemed I was becoming a different person than the one he had married – and he did not like it.

So I wrote a very self-righteous letter to the Rebbe, complaining, “I’ve decided to keep Torah and my husband won’t cooperate. But isn’t it true that I must do it despite what he says?”

I fully expected the Rebbe to respond, “Yes, you have to do what the Torah commands, no matter what your husband wants.” But the Rebbe did not say that. Instead, he gave me a two-part answer that basically said: “Don’t fight with your husband about religion, and find someone to influence him, someone whom he will respect.”
It was such wise advice, and fully in keeping with the Rebbe’s approach of finding a positive solution to every problem. And I wish I had immediately done what he said, but it took me a while to accept that harmony in the home – what Judaism calls Shalom Bayit – had to take precedence.
Generally, what happens when a wife fights with her husband about religion? Whether or not he gives in, he is not going to like her and he is not going to like religion, which he will see as a divisive force in their marriage. Furthermore, their children will be adversely affected when they see their parents fighting and they too will identify religion as the cause of the tension in the home.

As for the second part of the Rebbe’s advice, I had to accept that I wasn’t supposed to be my husband’s rabbi – I was his wife. He was Sephardi so the way to reach him was through a Sephardi rabbi, one who understood his background and knew how to speak to him about religious matters.

The moment I found such a person and took a step back, things started to improve.

There were further issues to be sure – some quite painful. In fact, there was a point in time that I considered divorce. At one stressful juncture, I wrote to the Rebbe that I couldn’t take it anymore. I wanted a husband who would accompany me on my journey to become fully Torah observant, not one who was fighting me every step of the way. If we divorced, I reasoned, all this strife would go away, and we could both lead happier lives apart from each other.

The Rebbe’s response was a very strongly worded note in which he pointed out to me that I had gotten married in a religious ceremony, sanctified with the name of G-d. Not only that, I had been blessed with children, and therefore had a duty to raise them in a complete, and not a broken, home.

“This is your true fortune … and your mission as a role model to all your acquaintances and all Jewish women,” the Rebbe wrote, referring to the fact that I was then teaching the Laws of Family Purity to newly-religious women in my community in Queens. “Therefore, it is impossible that you will feel fortunate (or even have simple peace of mind) if you separate from your husband.”

The Rebbe ended that if I was still unhappy after my last child has grown up and left the home, then we can take up this subject again. Meanwhile, he would pray for me at the gravesite of the Previous Rebbe.

Although in hindsight I understand that the Rebbe knew we would never get divorced, he executed a brilliant psychological maneuver by letting me think that my request was not rejected outright, just postponed.

This is just how the Rebbe stressed the positive every step of the way. Once when I wrote him a very depressed letter, saying that I don’t know where my marriage was going as I was not at all successful in helping my husband to become observant, the Rebbe actually tore off the part of the letter where I was badmouthing myself and wrote: “You succeeded in the most essential areas – running a household and family according to the Torah … and even your husband is increasing in [his observance of] the Torah and mitzvot from time to time…”

Whenever I went to see him, complaining about my husband, he would always put me back on track. And he would reassure me, “Don’t worry – your husband will get there. Just don’t push and don’t argue.”

The Rebbe understood that sooner or later, my husband was going to become Torah observant, but I had to let him do it at his own pace. I had to relate to him with patience and understanding, not with whining or nagging.

One summer, I had to decide what to do. Should I go by myself on a vacation to Israel, where modest dress and kosher food would not be an issue? Or should I go along with my husband on a business trip to Bangkok, where all these things would be problem? When I wrote a note to the Rebbe about it, I received a response from the Rebbe’s secretary to immediately go to the synagogue downstairs where the Rebbe was receiving people and handing out booklets of chasidic teachings.

I went running to stand in line, and when my turn came, the Rebbe looked at me sternly and said, “Bangkok with your husband.”

The people standing around asked me, “What is the Rebbe talking about?”

But I just said, “Nothing. I get it.” And I went to Bangkok with my husband, who was very happy that I did. But then he said to me, “I suppose that I won’t be seeing you for another year.”

That is when I realized how much I had been neglecting my husband. I had thrown myself into trying to help others come close to Torah which kept me away from home a great deal of time. But charity begins at home!

“Give more time to your husband” was what the Rebbe had been trying to tell me when he told me to go to Bangkok, despite the problems of religious observance that it would pose.

When I finally and fully implemented all of the Rebbe’s advice, his promise to me that “everything will work out in the end” was realized.

My husband ended up becoming even more religious than me. But his progress came about only after I stopped arguing with him about religion and related to him with love and patience, just as the Rebbe was telling me to do.

Today, I give other people the advice which I first received from the Rebbe, and I also tell them what I learned by trial and error: If you decide to be observant, it can be hard on your spouse. Suddenly, you are a different person than the one he or she married. That frightens them. And possibly, they find that you are now looking down on them. So they don’t like it. But, no matter what, you cannot become a holy man or woman at a cost to your Shalom Bayit.

Most times when things were difficult and I would ask the Rebbe for help, he would tell me to do everything to preserve the harmony of the home, to do things “in a diplomatic way.” You can say the same thing in the nice tone or an argumentative tone. You can present it as “my way or the highway,” or you can present it in a gentle way. This what the Rebbe taught me.