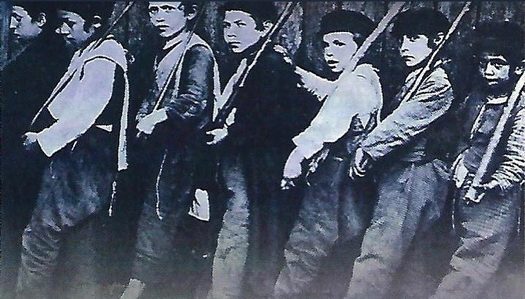 Mivtza Matza is one of the first peulos that the Rebbe encouraged his chassidim to reach out to Jews who for whatever reason didn’t have shmura matza for the seder. As a child, I remember delivering shmura matza to many of our neighbors in Oak Park, Michigan.

This year we have a predicament, we cannot meet many of our associates, so how are we to fulfill the Rebbe’s request and guidance.

In 1905, there was a war between Japan and Russia and many Jewish soldiers were on the front in the battlegrounds. The Rebbe Rashab arranged that matza (and other kosher provisions) were sent to them. Perhaps we can and should learn from what he said at that time.

The entire story will be published bezras Hasem in his biography.

At the first seder that year, when the Rebbe began maggid and reached the paragraph of Hei lachma anya, he commented on the words, “Kol dichfin yeisei veyeichol – Whoever is hungry should come and eat.” He stated, “This is referring to a case where the person who is in need of matzah is able to go and has where to go. However, when those who need matzah have nowhere to go, we are obligated to bring the matzah to them. Boruch Hashem, [this year] all the Jews in our country have fulfilled this mitzvah with an inner feeling of ahavas yisroel.”

So just like then instead of arranging for them to come and receive their matzos, we still have time to ship it out or encourage them to order it so they will receive it in time for Wednesday evening.