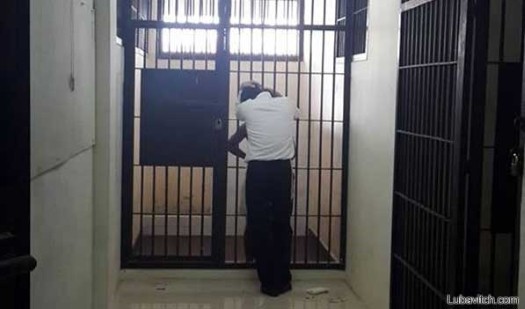 As everyone is aware due to the severity of the epidemic, and may everyone have a refuah shleima, the Beis Din in Crown Heights instructed the shuls to close and we are to daven at home. So I davened Shacharis without hearing a kedusha etc., and tomorrow I won’t be able to hear krias haTorah, until it is safe to once again go out.

Obviously, it is a bitter pill not being able to daven with a minyan, but as is noted in the attached story, taken from my book “The Brothers of Slavita” we should recognize that this is also ratzon Hashem. Shulchan Aruch instructs us to follow the psak of a Rov, and if the Beis Din gave such a psak, so by not going to shul, we are fulfilling Hashem’s guidance. Just as soon as the self-quarantine is over, we should all flock back to shul, to demonstrate that we only davened at home, because that is what Shulchan Aruch instructs us to do, for the time-being. Also, perhaps we should daven at a slightly more leisure pace, to make up the time we save walking to shul etc.

As related earlier, the Schapiro brothers were thrown into prison in order to break their spirit and force them to admit that they were somehow involved in Lazer’s death. In the eyes of the investigator and his superiors, their guilt was a fact and, therefore, the officials that had cleared them originally were also subjected to torture so they would admit to the “truth.” As a result they forfeited their positions and lost their income as a punishment for participating in the cover-up.

Understandably, the warden of the prison was careful not to give them any preferential treatment; or perhaps he also desired to punish the Schapiro brothers. So, shortly after they were imprisoned, he noticed some sunlight shining through the one window in their cell near the ceiling, which also allowed some fresh air to enter the room. He angrily declared, “Based on the accusation against you, you don’t deserve to see the light of the sun.” He then covered the window to block out most of the sun, making it darker, stifling and even more depressing.

For a moment he indeed succeeded and Reb Shmuel Abba felt disheartened. Noticing his brother’s despair, Reb Pinchos said, “Now I finally understand why our Sages69 call the evil inclination ‘an old and foolish king.’ I always wondered why he is dubbed a fool, when apparently he is brilliant, and in his craftiness he can trick even the brightest and most religious person, making the person act in a manner that is not befitting him and causing him to look like a fool.

“But the truth was just revealed to me. We are in this unpleasant situation, since that is what Hashem has decreed upon us. But why did our evil inclination join us in this deplorable place? Who forced him to be imprisoned? [Only a tremendous fool would enter here on his own free will and agree to endure and languish throughout all the unpleasant ordeals we will be subjected to.]”

Reb Shmuel Abba understood the message. His sadness was a ploy of the yetzer hora, an attempt to pull him down one step at a time. He strengthened himself and returned to his former spirit.

To maintain this upbeat mood throughout their imprisonment, Reb Pinchos would repeatedly say the possuk, “V’hayisah ach sameach!”70 When saying this he shone and one could actually see true happiness on his face.

Seeing that he did not succeed in dampening their spirits, the warden thought that perhaps he could break their spirits by placing them in a cell together with the worst criminals. The favorite pastime of these sadistic prisoners was to torment and hurt others, especially if the newcomers were Jews, whom they despised. As an additional incentive, the warden promised them a reward if they succeeded in making the Schapiro brothers’ lives unbearable, and they eagerly made plans to go out of their way to harass them and cause them suffering and anxiety.

When the brothers were brought in, the prisoners attempted to break their spirits by laying down their own rules for the newcomers to “their” cell and telling them how they were expected to act, but nothing they did affected the two tzaddikim. They davened and learned the entire day. It is said that they learned the entire Shas together every year of their ordeal by discussing it line by line from memory!

The warden and prisoners observed that the brothers’ inspiration came from their prayers, so they conspired to take that opportunity away from them. The prisoners did their best to interrupt the Schapiro brothers during their prayers thereby dampening their upbeat disposition. They spoke loudly and rudely, smoked homemade cigarettes and pipes even though there was no proper ventilation in the cell, as well as doing other things to create an extremely foul smell, but to no avail; the brothers continued to daven as if the others didn’t exist. Desperate to interrupt them, at one point they even decided to bring in an impure animal.

At the moment they saw the animal, Reb Pinchos tearfully lamented, “Just look, they don’t even allow us to daven,” and he broke down in tears.

The other prisoners smiled triumphantly, signaling their success. However, their victory didn’t last long; it fizzled out in front of their eyes.

Reb Shmuel Abba said, “My dear brother, please listen attentively. Who commanded us to daven? Is it not a mitzvah from Hashem? And where does it say that one cannot daven in an unclean place? Isn’t that also a commandment of His Torah?! So, don’t be sad. The only reason we are not davening at this very moment is because we are following and obeying what the Torah instructed us to do! So aren’t we fulfilling this mitzvah as the Torah says? In my opinion, let us sing a niggun, and through our singing we will connect ourselves to Hashem. That will be our davening for the day!”

Reb Shmuel Abba who was blessed with a very pleasant voice, began singing an extremely joyous song. For a moment the other prisoners could not understand why these two people were so joyous, but as the song progressed, they, too, became inspired to the extent that they began dancing.[1]

From that point on, the other prisoners were in awe of them and began treating the brothers with the utmost respect. They immediately cleaned up the cell, allowing the tzaddikim to daven, and gave them extra room. From then on the prisoners treated them with the greatest respect, speaking in low voices in order not to disturb them. Seeing this futility of his efforts, the warden separated them from the other prisoners and the brothers awaited the verdict in relative peace.

As related in the beginning of this book, the verdict was extremely harsh, but thanks to Hashem’s kindness and mercy they survived and were ultimately reunited with their families.

Rabbi Avtzon is a veteran mechanech and the author of numerous books on the Rebbeim and their chassidim. His biography on the Rebbe Rashab is almost completed and is in midst of being edited. He can be contacted at avtzonbooks@gmail.com

[1] I heard from my father Reb Meir a”h that Reb Shmuel Abba responded as follows: “Dear brother, when we were able to daven, was it truly an expression of joy to Hashem? Are we really happy to be here? So one can question if our davening was indeed a proper davening. But now, the only reason we are not davening is because of Hashem’s commandment not to do so, and we are definitely fulfilling this commandment properly. So let us rejoice that we are fulfilling His commandment just as He decreed.”