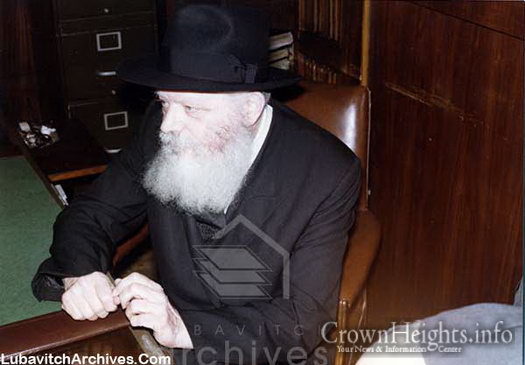 As we conclude our mini-series on preparing for Yud Shevat, shnas hasivi’I’m, I decided to scrap what I wrote and share with you a few points that were shared by Rabbi Berel Mochkin of Montreal in a farbrengen Wednesday night.

First and foremost we should understand the greatness of the day; that the Rebbe agreed to give up his private life and assume the task of becoming the faithful shepherd and uplifting hundreds of thousands of Jews (and gentiles) one individual at a time is a day to celebrate. Where would we be without the Rebbe?!

So yes it is a day to celebrate. However, not all celebrations are equal. The level of a person’s happiness fluctuates from one simcha and another.

If an acquaintance invites you to their simcha, you are happy for them. If the invitation is from a close friend or family member, your simcha is stronger. And when it is your own simcha, the happiness is much greater, perhaps unlimited.

It is our responsibility to give over to our children the feeling that it is their day of celebration.

In the shira that we say every day and read this week, the possuk says; “This is my G-d and I will exalt / praise him, the G-d of my ancestors and I will uplift Him.

The Shaloh explains these words as follows; If the person feels it is speaking dealing about his G-d and there is a personal connection, then there is the continuity, and I will praise Him. However, if the feeling is that it is the G-d of my ancestors than the possuk informs us, viaromimenhu, the person might have the feeling, I think it is above me and then there is no connection.

Yes, we have what to rejoice about, the Rebbe shows us how to perceive the world and how to stand strong. It is our Simcha! The Rebbe showed us that we have the tools to bring G-dliness into the world and through that we will go out of golus.

This is a real yom tov!

Once when Rabbi Nissan Mindel entered the Rebbe’s room to receive the Rebbe’s answers to the letters that he received, the Rebbe asked him, “Where is the first yechidus recorded in the Torah?”

Rabbi Mindel remained silent, and the Rebbe answered his own question. It is in parshas Toldos. There it says that Yaakov entered his father Yitzchok’s room. The question then becomes, why was he wearing the clothing of Esauv and not a silk kapota, when he went to his Rebbe for a yechidus?

The answer is, if the Torah informs us that Yaakov was wearing silk garments, a person may think; in order to enter a yechidus, I have to have “silk garments”. Meaning, I have to have a sterling reputation and be perfect in my actions etc. So the possuk tells us, a person may enter the Rebbe’s room for a yechidus in whatever “clothing” you have, as long as you realize you are entering a yechidus with the intent of being inspired and uplifted, be desirous of enhancing those clothing of yours.

Now comes the question what should I do for shnas hasivi’im? Yes I made preparations, I came to 770 for a few days, but where am I going from here? Do I return to where I was or am I supposed to do something? But doing something has to consequential, and I am a regular person what can I do that is meaningful?

To answer this final question, I would like to note two stories, which speak volumes.

In 5749, the Rebbe declared it shnas habinyan, and he stated that he would participate with everyone that builds that year. So obviously that inspired some organizations to begin new building campaigns. However, for most people, building a new building was not practical or feasible. But as chassidim they wanted to fulfill the Rebbe’s guidance of building. Some people built an addition to their house, a porch or patio. Others remodeled their kitchen or another room. While some just built a new bookcase.

Each one received a hundred dollars from the Rebbe. The size of the “new building” was not the important factor. What was important that you participated in the Rebbe’s call.

The same thing was in shnas hashiviim, when the Rebbe called for seventy-one new mosdos. Some of them were new mosdos of apparent tremendous significance, while others were much more modest, a shiur given for a few Jews.

So we see that the thing the Rebbe wants is action. Action in fulfilling his wishes and guidance. Then whatever you do is appreciated.

Everyone who knows of Reb Reuvan Dunin, knew that he had a special relationship with the Rebbe. During one yechidus, the Rebbe asked him to inform him of besuros tovos – good tidings. From then on every day, Reb Reuvan would write to the Rebbe something positive, some accomplishment that he did. It could be that he put on tefillin with a certain amount of Jews or had a conversation with someone about Judaism.

However, one day he felt he had nothing to write, it was just a regular day. But the Rebbe asked him to write and write he would. After an honest review of that day, he saw it was indeed just a regular day, nothing special. Until he remembered that while he didn’t do anything special, but he experienced something positive, that day he received a bonus in his salary. So he wrote that.

On that letter (unlike some of his other letters that described his accomplishments), he received a response from the Rebbe. It was just one word; Hechiyusuni – You have revived me.

So let us do something positive in our life, in our family’s life or a neighbors life. Nothing positive is insignificant! Every single positive action, even a seemingly “small one” is one more revelation of G-dliness, bringing the geulah ever so closer. May we merit it NOW!

Rabbi Avtzon is a veteran mechanech and the author of numerous books on the Rebbeim and their chassidim. He is available to farbreng in your community, (thank you Baltimore for hosting me on motzei Shabbos) and can be contacted at avtzonbooks@gmail.com