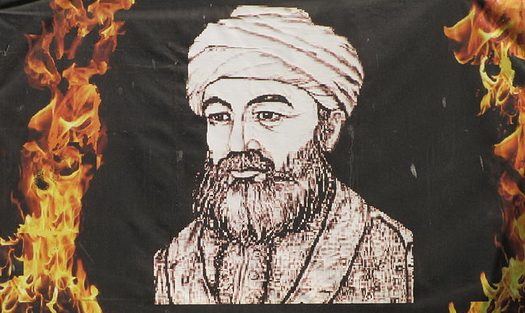 Last week (the 20th of Teves) was the yahrzeit of the Rambam. I am sharing an incident of his life which I heard in a farbrengen, this past Shabbos. Your feedback is most appreciated.

When the Rambam settled in Egypt, everyone recognized his greatness, both as a sage and a physician. A Kadi (a Moslem cleric) began asking him questions about Jewish observance. Initially he explained the reasons, however, he saw that the Kadi wasn’t truly interested in knowing the reason, so he began responding, “We do this because this is our tradition, we follow our tradition.”

The Rambam’s hope was that after hearing this answer a few times, the Kadi would understand that he isn’t interested in these discussions and would leave him alone. However, the Kadi was persistent and continued asking question after question. The Rambam also was determined not to get into a discussion and he continued responding, “We follow our tradition.”

The Kadi took this as an insult and complained to the king. The king who personally respected the Rambam, as he was the doctor for the royal family, didn’t want this incidentto become the talk of the town; he did not want the kadi to spread rumors that the Rambam is being disrespectful to the Kadi and their religion, so he called for a meeting of the three of them.

The Kadi presented his grievance and the king requested the Rambam to reply. The Rambam replied, “Your highness, I gave him the truthful answer. We do whatever we do because this is our custom.”

The Rambam replied, if the king wants an answer, he will allow me to be introduced as a guest kadi (the Rambam states that a mosque is not idol worship) and I will be allowed to say whatever I wish, without being challenged or corrected. That will take place on Friday. The following day is our Sabbath and your highness and the honorable kadi, will dress up as Jews and then participate in our services and you will see that my answer is truthful. We follow our customs, more so than you do.

The king thought for a moment and then said, fine, as long as you don’t say anything against the prophet, and it is only one speech. The Rambam gave his word and the agreement was finalized.

On Friday, the kadi introduced a guest scholar, who was dressed up and the Rambam began to talk. He said he would like to discuss certain traditions and customs and clarify them. For example, we Moslems pray five times a day, and the reason for this is … However, you should be aware that once in a while, a devout Muslim is supposed to pray seven times a day, in order to recognize the seven days of the week. Similarly, if one can only do it three times a day, as long as it doesn’t become his habit, it is alright.

His erudition was excellent and powerful and while the king had to restrain the kadi from shouting out that there is no truth to this and the other changes the guest cleric was discussing, the assembled were mesmerized.

When he concluded the speech, the all exhibited tremendous respect and thanked him for clarifying their traditions and customs.

The following day, the king and the kadi sat among the congregants and the Rambam informed the gabbai, that he wishes to read the first Aliya in the Torah. The gabbai obviously allowed him to do so, and in the first possuk, he intentionally mispronounced a word. The congregants immediately corrected him and he repeated the word with the same mistake and once again he was corrected. This happened a few times and the king and kadi were bewildered, “Where is the respect for their rabbi? How can they challenge him so many times?”

The regular baal koreh took over after the first Aliya and there were no challenges, further perplexing the king and kadi.

After davening, in the privacy of a room, the Rambam said, did you see what happened today and yesterday?

They replied, yes we saw, yesterday you were respected by people who didn’t know your greatness and today you were challenged by people who officially respect you!?
The Rambam replied, yesterday I somewhat changed your customs and traditions and everyone accepted the changes, even though they don’t know who I was. It still made sense to them. Today, I also tried to somewhat change the pronunciation of some words, without even changing its meaning. Yet, although I am their rabbi, and they ask me questions in Jewish law, they challenged me, because I was changing the tradition. So you see, a Jew stands firm in his tradition.

As we prepare for Yud Shevat, shnas Hashiviim, we have to ask ourselves, as chassidim what are our traditions? We have to stand firm in following the customs and directives that the Rebbe gives us, even if one may think “it makes sense to alter it for some reason.” Our traditions are holy and will not be altered. Furthermore, if we don’t listen even to the “Rambam”, how much more so we shouldn’t “listen” to the environment.

Rabbi Avtzon is a veteran mechanech and the author of numerous books on the Rebbeim and their chassidim. He is available to farbreng on yud shevat in your community and can be contacted at avtzonbooks@gmail.com His biography on the Alter Rebbe is finally back in print.