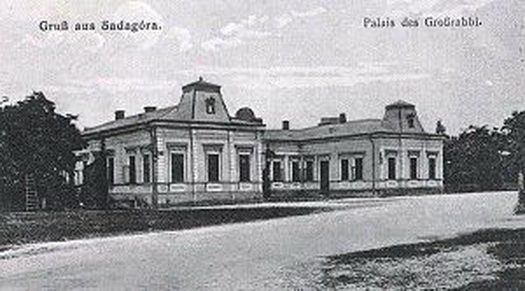 In continuation with the theme of preparing for Yud Shevat , shnas hasiviim (the 70th year of the Rebbe’s nesius), I chose the following story which is based on a possuk of this week’s parsha and I heard from my father, Reb Meir a”h. A chossid has to recognize that as much as we know and understand, whatever the Rebbe tells us is Emes liamito.

Your feedback is most appreciated. Thank you

After the histalkus of the Mitteler Rebbe, no one in the family was willing to accept the nesius. His brother Reb Chaim Avrohom as well as his sons stated that the Tzemach Tzedek is the one worthy of being the new Rebbe. However, he refused to accept the nesius for some time (even though he was the son-in-law of the Mitteler Rebbe and the beloved grandson of the Alter Rebbe).

Seeing that no one was willing to become the new Rebbe, some of the chassidim traveled to the tzaddik Rav Yisroel of Ruzhin to ask him to become their Rebbe.

That Shabbos, during one of the meals, the Ruzhiner repeated the following Torah thought:

“When Hashem told Moshe Rabbeinu to take the Yidden out of Mitzrayim, Moshe asked: ‘When I come to the Yidden, they will tell me, “What is Hashem’s name?” What should I tell them?’[1]

“Moshe’s words can also be explained as follows: ‘The Yidden are so knowledgeable that they themselves will tell me what Hashem’s name is.[2] If so, what is left for me to teach them?’ ”

Turning to the Chabad chassidim, the Ruzhiner said: “What can I teach you that you have not been taught already? I advise you to go to your Rebbe. He will teach you new concepts that have never been heard before!”

“תמ”א spells out אמת, truth. It is also an acronym for the words תורת מנחם אמת, the Torah of Menachem [i.e., the Tzemach Tzedek] is true.”

The Chabad chassidim had their answer. Immediately after Shabbos they left Ruzhin for Lubavitch, planning to repeat the Ruzhiner’s words to the chassidim there.

When they arrived, they were greeted by their friends who had remained in Lubavitch. To their great surprise, their colleagues related that the Tzemach Tzedek had also mentioned that 21 multiplied by 21 equals 441, which spells out אמת. The Tzemach Tzedek had further noted that תמ”א has an additional meaning, but he did not say what it was and no one knew what he was hinting to.

Now it was the turn of those who had remained in Lubavitch to be startled. Their fellow chassidim related that the Ruzhiner had said this explanation as well, and he had also revealed the second meaning!

Evidently, it was at this time that the Tzemach Tzedek finally acquiesced to the request of the chassidim to become Rebbe.

Rabbi Avtzon is a veteran mechanech and the author of numerous books on the Rebbeim and their chassidim. He is available to farbreng in your community on Yud Shevat and can be contacted at avtzonbooks@gmail.com

[2]. Compiler’s note: According to this explanation, the words ואמרו לי מה שמו are read as a statement (instead of a question): “They will tell me what his name is [i.e. they themselves are knowledgeable in Chassidus].”