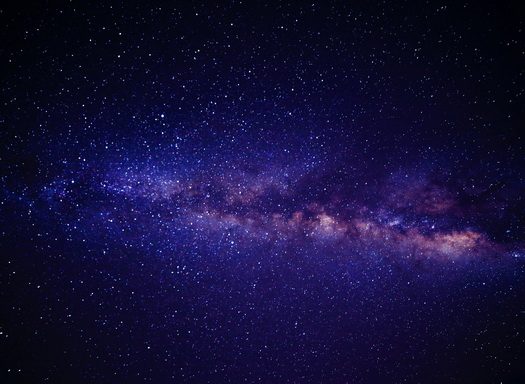 During the numerous fabrengens of Simcha Beis Hashoeiva, which were arranged, one of them was for melamim (educators). I am posting one of the inspiring thoughts that was mentioned there by Rabbi Mendel Gordon of London. While it was for melamdim it is applicable to everyone, as indeed each parent is the main educator in their home.

In accord with the chassidic saying of, “As Shabbos Bereishis goes, so goes the entire year,” let this indeed inspire us throughout the year and beyond, until the coming of Moshiach tzidkeinu, may it be speedily in our days.

Rabbi Velvel Green a”h worked for many years for NASA. He once gave an insight in the futuristic plans that are often discussed there. While many of those plans and milestones are indeed reached, this one was on a theoretical plane.

In 1969, after the successful landing of the Apollo 11 on the moon, there was a discussion would it be possible for humans to reach other cosmic bodies. The closest planet to us is Mars, and if we landed there, the debate of are there Marians or not would finally be resolved. Then came a more hypothetical question, could we successfully send a rocket ship to the nearest star in the heaven.

The closest cluster of Stars to the Earth (excluding the sun) is Alpha Centauri, a mere 4.3 light years away, which would mean it would take some three thousand years to arrive there.

This question was predicated by disclaimers and understanding that our technology is obviously not so advanced, but the question was, what would it take to accomplish such a feat. What are the obvious obstacles that have to be addressed and solved, in order to accomplish such a noble undertaking? The scientific benefits from such an endeavor would be immeasurable and would benefit mankind in so many ways.

So a task force was set up to study this and after a while they came back with their report.

As noted our expertise is not up to par to build such a spacecraft, they prefaced their response. However, it is not just that we would have to have better insulation on the outside of the spaceship; we will be facing multiple challenges from various angles. They mentioned some of the most obvious ones:

Where will you store oxygen for so many thousands of years? Because then you would have to send off a rocket ship as large as an ocean.

Even if we figure out how to create or recycle the air that it should be viable oxygen, how are we going to store enough food to last so many years?

Even if we come up with a new agricultural system to grow food on the rocket ship and make an entire ecosystem, for how many people are we going to have to make room?

Obviously we are going to have to send up couples, and where are we going to bury those that pass away during the thousands of years of flying time, and what are we going to do with the waste they will create and accumulate over this extremely long period of time?

These and similar questions demonstrate that the feasibility of such an undertaking is beyond our scope.

However, some scientists were not persuaded on abandoning such a great undertaking, because of our own lack of knowledge. They persuasively argued, that twenty or thirty years ago the concept of landing a rocket ship on the moon was also considered an impossibility, and it was beyond our scope. Yet, we in the field of Science are not persuaded by what others think; we follow Science, and we succeeded what many thought was a fool’s dream! So here too, take away your personal thoughts and let us focus on the scientific solutions!

At that point one of the members of the commission spoke up:

Our distinguished colleague has a valid point; we have to govern our decisions on science, and not on human emotions. Yet over here, part of the problem is that we are not dealing with machines that are on automation, we are discussing sending up humans. We all understand that those that we choose to begin this project are not the ones that are going to finish the project, they and their children and grandchildren etc., are all going to pass on years before the rocket ship reaches its destination.

So I have a question for all to ponder. We are going to train the cream of the crop, the best of what we have to begin this journey for the sake of mankind. My question is what is going to guarantee us that in two thousand years from now the descendants of these noble scientists are going to continue following the commands and instructions from mission control?

They may say, we are the ones flying this ship, and we, unlike those creatures who live on something called the earth, are the experts in outer space, so why should we follow their guidelines and instructions. We think that instead of flying towards Alpha Centauri, we should alter course and land someplace else. In our understanding that will be more adventurous as well as beneficial!

How is Science going to answer that?

That, my friends is the predicament some of you may find yourselves, explained Rabbi Gordon. This is the mission of you educators and parents. The Torah was given to us over three thousand years ago and it included a manual of operation instructions for us to follow; yet there can come a time that some of those that read it, may feel that they are more knowledgeable than the generation that accepted this mission. But it is the educators of each generation that transmit the truth to our charges.

It is not a question of who is smarter; this generation or that generation. The Torah was given by Hashem, the Creator of all time, and was given for all time. The Torah is eternal. Mission control is not some earthlings, but is Hashem Himself and therefore, even if we may think that we are smarter and more sophisticated than our ancestors, we are honest enough to admit that our understanding is not close to the understanding of the Creator, and how fortunate we will be when we follow His guidance.

I appreciate your feedback. Concerning last weeks post a few of you mentioned that it is already printed in Otzer Minhagei Chabad. I should have looked it up and referenced it, which would have demonstrated its validity. But being that I saw this conduct by the Rebbe numerous times, and I saw that others weren’t aware of it, I felt that by mentioning that would start the conversation.

I can be contacted directly or if you post it on Crownheights.info they forward all comments to me, (just without any email, so I cannot respond to you).