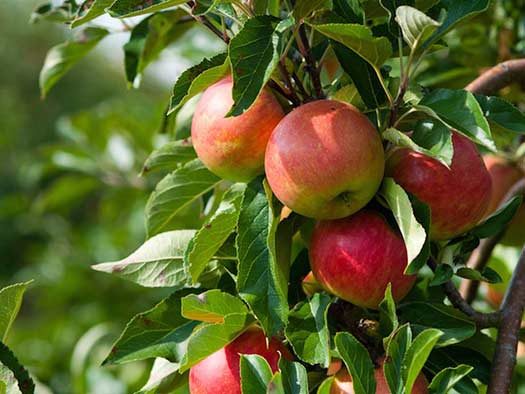 Parasha: Like an Apple Tree Amongst The Forest Trees

עצרת – the day which follows Sukkot, when we ‘absorb’ (עצרת -נעצר) the delighted flavor of this fruit as a parable for Kedusha which penetrates into internally.

To whom does this comparison to a rose refer? What insights and thoughts does this parable of a rose & thorns express? Why is the response connected exclusively with an apple tree from amongst all other trees? Why would this tree be found in the forest & what does this fact contribute to the conclusion of this chat?

In the days of אלול (Elul) when Hashem finds himself in the field or preferably in the garden of roses, there is an encouraging call to stimulate our soul and inspire ourselves towards spiritually as the phrase which is hinted in the abbreviation of the word אלול :(אני לדודי ודודי לי” (הרועה בשושנים.”

The soul is attracted to Hashem who is grazing (רועה) in the garden of roses, since there is a move of Teshuva here. That is where the thirteen attributes of mercy which shine in the air during אלול, the reddish shade on the thirteen petals of the rose symbolizing impurity, burn and convert into a white & bright, cleanliness manner.

Goal of the Call

What is the goal of the call: “As a rose among the thorns so is my wife among the daughters?”

The daughters may seem as thorns which prick & hurt by instigating & trying very hard to influence the noble princess (the rose) to corrupt her dignity & violate her manners.

The barbs are indeed responsible for the fragrance of the rose to evoke by picking it as the wind blows, so are those who are meant to challenge the soul to sin. They are the real factors to strengthen one to overcome the shortcoming & win this battle.

But the soul’s response matches the structure & the point hinted in the phrase that Hashem aimed towards her: “Like an apple tree among the forest trees so is Hashem among the sons.”

Why are the forest trees compared to the sons & why is the apple tree dwelling there? What are the actual differences between the apple tree & the those in the forest? What specifies it & how is this relaying the message to us?

An apple tree doesn’t have enough leaves to create a shadow as the forest trees do. This is the reason for the wandering of the apple tree into the forest as it comes across in this parable.

The trees in the forest play the role of the angels which draw down Hashem’s glory in the form of a shadow which covers the extreme burning brightness of the Shechinah.

However, the apple grows before the leaves, which cause a different shade than of the other trees where the leaves come out first & following them are the fruits.

Souls and Angels: Apples Tree and other Trees

The angels set the rays for our ability to receive the Shechina. But the soul, the apple tree, has within itself the essence of Hashem, the apple fruit which priority advances over the angels’ role.

The angels are considered the sons of Hashem (בני האלוקים), when they descended to earth & married the women of the land and the giants עוג מלך הבשן & סיחון מלך (Kings Sichon and Og) were born.

Just as the sons are zealots for their father’s dignity & will use any firm & strict manner to prevent desecrating his honor, so likewise, do the מלאכים (angels).

They elevate our prayers above, since we are limited with our physical limitations. However, they act as devoted sons who are מקטרג (testify against us) & accuse us of our every slight wrong move, accidentally made in transgressions.

The comparison to an apple tree is meant to symbolize that Hashem is our essence of the Shechina which dwells in our soul. This is the reason for our priority over the forest trees, since the apple grows before its leaves.

However, just as Hashem stimulates the rose to rise beyond the pricking negative influence of the נפש הבהמית, so the fragrance is revealed as the light of our pure soul, so does the rose make the request that Hashem should convert the pricking accusations of the angels, to a point that sweetens our fate.

For this reason, we dip the apple into the honey since this element possesses Gevura (strictness) & it can conquer & control all the bitterness mixed within & convert it into sweetness.

The more the factors are bitter, the sweeter the honey will convert it to sweetness.

Sugar isn’t capable of sweetening bitter elements since its structure is made of חסד (generous) only & it causes the sections of the food within to separate, crumble & allow minerals from the air to penetrate & ruin the flavor.

Honey keeps the elements tight together & preserves it & כובש & חובש (preserving and converts the taste) the food from getting ruined.

We request from Hashem to sweeten all the decrees, stringencies & accusations into חסד ורחמים (goodness and mercy(.

The bitterer the thorns are, the sweeter our fate this year shall be.