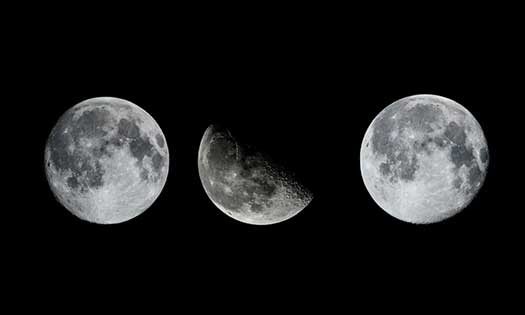 What an awesome feeling and delighted pleasure it is for parents to be witness their child’s acknowledgment and enjoyment of their mother’s or father’s unique qualities. However, why is it sometimes so difficult to value and express esteem towards one’s nobility and kindness?

Why are there so many relationships lacking awareness, acknowledgement about their mates’ delicate values; sensations of admiration towards them?

We may spare so much agony, deep pain and distress if only we can adopt the right skills, talents and the suitable professionality from Chassidus, how to draw our friends’ inner and hidden consciousness.

Hashem wanted to eliminate this situation from the Jewish nation prior to their entering the holy land when Moshe Rabbenu was so eager to lead them there. Hashem refused to let him do so, although Moshe’s leading them to Israel would have ensured that the holy Temple will exist eternally and there would never have been an exile.

Hashem, as our devoted loving a merciful father, desired that the nation reaches its highest potentials and that having all that glory in the land of Israel will not bring them to achieve their benefits and advantages that are meant for them.
.
What is indeed the reason for that cautious move of Hashem and why didn’t Moshe realize and figure out this concern on his own?

While Moshe symbolized the sun’s planet role which never stops shining, Yehoshua in contrast was a role model of the moon.

The sun never stops shining and reflecting its light on the moon. However, the moon keeps changing its cycles, the distance from the sun and only once a month (on the fifteenth day), the moon gets closest to the sun and is fully light.

The moon is always so anxious and excited to get closer to the sun since this pleasure is not taking place on a constant basis and it is not dependent on the moon’s choice. As obvious, there is a structured schedule for its movement in the sky. This is the reason for its humility and modesty.

Any pleasure that is infinitive and does not occasionally stop is not a real pleasure! When there is no delight, there is no appreciation.

If there is no acknowledgment, one loses the sense of respect and admiration. When there is no admiration, one cannot reach a full understanding of the greatness of the situation and cannot achieve any sense of nullification.

Moshe Rabbenu was hoping that although the nation will merit the splendor glory of an everlasting revelation and attain the most elevated levels of Kedusha which never disappears (such as the light of the sun), still they will also have the unique standard of humility (as the moon does).

Moshe indeed was able to maintain those two opposite characteristics; however, the Jewish nation was not capable of this expectation.

Since Yehoshua was more appropriate for this task because of his similarity to the moon’s characteristics, Hashem chose him over Moshe.

Moshe Rabbenu was begging “ואתחנן” for the nation’s revelation from the holy divine אתערותא דלעילא which is drawn down from beyond. This is an outcome of the nation’s awakening initiative אתערותא דלתתא.

However, such a continuation may enhance their spirits somehow, but not in the same manner as it would have occurred if it was solely a result of their own initiative and עבודה

Although a tremendous effect continues to be drawn down from above, beyond the nation’s awakening initiative, yet if there is no comprehension in this revelation (as the sun shine) and is not grasped and internalized on the behalf of the person, there will be neither delight nor appreciation.

When one is eager, anxious and excited for those “magnetic” or captivating moments of effect, especially during a “concealed” and dark situation when the glory is not appeared in the revealed format, it “calls out” for the most powerful and potent qualities in a human.

When one gets involved in the task of overcoming אתכפיא and converting them into a form of holiness אתהפכא, the more brightness and glory he will reach and obtain.

Challenges must meet one’s capabilities to bear and there is an essential need to illuminate the path for those who struggle for a glimpse of hope.

We all pray to finally merit this ultimate redemption after this mourning period of the darkest destructions, we shall reach the point where the moon will entirely be glowing as it is on the fifteenth of every month.

There were never such great days as חמשה עשר באב (fifteenth of Av) which the Jewish nation experienced and especially at the point where תשש כוחה של חמה. A significant day where the sun’s light is weakening.

What’s so great about this incident?

This point demonstrates the fact that we do not view any routine revelation for granted, any kindness (such as the constant sunshine since it is fixed in its consistent function of shining.

We are expecting dramatic changes and new exciting moments on the fifteenth of this month to take us out from the depth of this dark exile, during which the heavy clouds concealed G-Dly glory and we seemed to be like the moon at the beginning of the month.

The deeper we sink, additional deeper levels of Kedusha will carry us towards the most magnificent days which our nation never experienced yet. אמן
ע”פ מאמרי הצמח צדק ספר דברים חלק א’ עמ’ קט, קי ועוד)