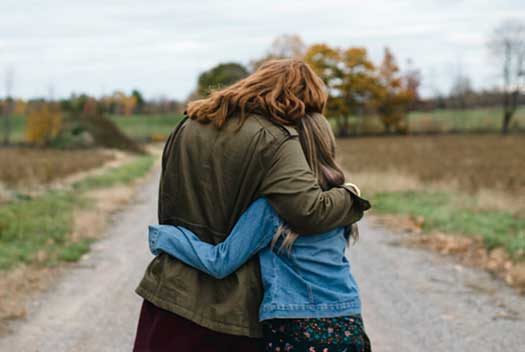 We all wish we should have fulfilled our full potential in the task of raising our children. We may have sometimes been careless, overwhelmed and couldn’t keep our self-control or personal balance.

At our counseling sessions concerning these issues, we heard concepts such as consistency and acting professionally.

We were so eager to follow those guidelines, but we felt that we were lacking the tools for direct, exact and clear instructions, which we could have used to solve complicated situations. Instead, we were left confused and very disappointed.

We were rather worried about the consequences of the child’s rebellion as an outcome, criticism and our conscious feared a thought of perhaps causing insecurity in the child. Yet we were the ones who lost confidence and security since we were unable to restrain that kind of conduct and our sorrow just kept escalating.

Our children are indeed, very intuitive and may easily figure out our lack of stability.

Yet it’s never too late to adopt new manners which we inherited as a legacy from our forefathers and establish them as paths in our challenges which challenge us in this mission.

Moshe Rabbeinu was meant to talk to the rock, but instead, he hit it and this move has unfortunately became a “reliable” source for educators who declare with powerful determination, that one shall never use a strict and a very firm hand towards children.

These famous pedagogues seem to forget that earlier in Refidim, Hashem did tell Moshe to hit the rock so the water can burst out.

The question facing us is when is the right timing for a specific move?

A similar matter is stated in our Parsha. When Moshe rebukes the nation, he sometimes expressed his words in a hinted, more delicate and sensitive way. But on other occasions, he spoke upfront very bold and direct.

How do we know when to use either one of these methods? Although a leader is not meant to express his frustration; however, when he considers to use criticism constructively, he might actually surprise the children by asking them for their own ideas and opinions, how to solve the issues.

Moshe Rabeinu chose to rebuke the nation after the victories over the powerful countries took place, so this delight will help to the success of the rebuke’s penetration in their hearts.

Moshe also planned to face them with criticism close to his passing, in order to prevent any embarrassment if he rebuked them earlier and he might confront them when he is still be around.

Moshe knew clearly that some of the human failures inquire a bold and strict approach, since words merely cannot uproot aggressive tendencies or eliminate harmful habits.

On the other hand, there are moments where talking is sufficient and occasionally a hinting method works the best.

When a leader s indeed concerned about the outcome of one’s conduct, he will not hesitate to use a stern move if needed. Yet he will calculate and professionally plan his strategy. Since it’s better to take no step than to use a move which contain a wrong act and could ruin lives and causing so much damage chas veshalom.

When dealing with the most delicate inner potentials, we would rather be short with our vocabulary and expressions and it shall be sufficient to only use some hints about the errors that were performed.

Moshe understood that the complaints about the bread from heaven (Manna) expressed the difficulties of the complainers to accept deep and spiritual elements of Emuna, i.e. rising beyond the grasp of common sense and human understanding and they pointed on the white bright shade. They would rather have bread from the earth, meaning wisdom that is understood with earthly concepts and vessels.

He knew that the correct approach to awakening the most delicate point in the heart which connects with the inner secrets of the torah is achieved only by touching the error gently, and indirectly sharing with those souls inspiring messages/ thoughts derived from the secrets of the holy Torah, only this way he might awaken their hidden and inner spiritual treasures.

When we expect a “turnover” in our children’ personalities, we may not be harsh with them, because such moves of elevations are solely one’s own choice and luck.

We aren’t creating this thirsty spark in their heart, but our task is to reveal it. (as we mentioned at previous parsha thoughts that the jasmine plant doesn’t cause pregnancy and delivery but it helps these processes.)

We may inspire them and talk to their heart, yet we need to make sure that they are aware that the inner secrets of Torah and all internal matters are rooted in our Emuna, which our sense and grip aren’t able to totally grasp and obtain.

For this reason, Hashem told Moshe at the end of forty years of struggling in the desert, when the nation softened up and were mature, and they should be talked to.

Yet Moshe thought that by pressing them a bit more, he would succeed to reveal their inner potentials * lead them to a complete spiritual “turn over” but this wasn’t the right approach.

Instead he should have spoken to them first and this move might have awoken their hidden spark since talking is a move that motivates the heart and it causes the hidden thoughts to flow into one’s system.

Now we can understand what is the reason that Hashem told Moshe to take along the (stick/cane). If he was meant to talk to them and not to hit the rock, why did he need to take the cane?

Chassidus explains because the word “matte” besides being a cane also includes the meaning “turning”. This is interpreted in a spiritual sense “turning” the heart, it is brought in our weekly haftara that if your sins would be red – they will become white as snow. Snow is purer than wool, which is a concept the prophet mentions as a way to purify from a less severe sin. Whereas Moshe rebukes as a form of hinting.

However, Moshe rebuked the two and half tribes with a bold, firm and strict manner since their mistake was not a subject of a turnover and self-purifying and rising above one’s own shortcomings

He needed to stop them from making a wrong move which they could have brought for themselves wrong outcomes.

They refused to enter the holy land where a new way of serving Hashem started, where one plows, plants, etc. as a significant way of purifying Hashem’s sparks that are hidden in this physical world.

They didn’t understand that the bread from heaven was meant to bring purity into their system and especially to that lowest factor in one’s organs, such as eating meat, which is a greater spiritual descent. They owned lots of cattle yet never slaughtered them, since they only wanted to be connected to those spiritual worlds found in the manna and wished not to be nourished from meat.

Our haftara discusses a process of teshuva where Hashem promises that at the time of geula the delicate and not such severe sins which are compared to a red shade of a rose called “shani”- will become as white as snow.

Snow is very bright even brighter than wool. The delicate point in their heart called “zion” can be redeemed with a mishpat. Through learning the inspiring Torah they may wake up their inner pure sparks and give up “understanding” the concept of faith with their logical mind.

Yet those other harsh and severe sins which are compared to a very strong red shade produced by a specific warm – will whiten as wool and this will be done through Tzedaka.

Those people who refuse to live a physical life where the sparks are elevated by mitzvos will be redeemed with tzedaka – actions of purity and elevation.

Yet the wool is symbolized in Chasidus as an element that has more “Gevura” (a dominating source) than the snow and it can reverse even very low factors such as accomplished by hitting the rock or talking harshly while snow can only touch the holiness and delicacy of our neshama through speaking or hinting.