« Shabbos at the Besht: Hiskashrus Stronger Than Ever
Weekly Unique Photos of the Rebbe » 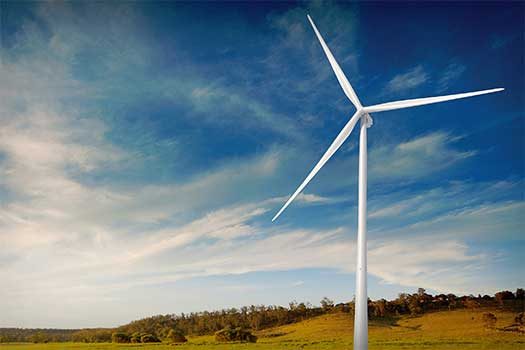 Reb Menachem Mendel Dubravsky was known as an illuy (Torah genius,) and shortly after his marriage he was asked to become Rov in a certain town.

Before Pesach (of that year or a subsequent year), he received a letter from the office of Tomchei Tmimim. The letter stated that the Yeshiva is looking for a Gemara (Talmud) melamed (teacher) for one of its younger grades.

Reb Mendel said to his wife that although the letter was written in a manner as if it was a public announcement, the fact that the Rebbe’s son sent it to me, expresses the message that the Rebbe [Rashab] desires that I accept the position. I am positive that the Rebbe’s son, despite being the menahel poel (executive director) of the Yeshiva, doesn’t do things as this on his own accord, and he definitely asked or consulted with his father, the Rebbe, if he should send this notification to me. Since the Rebbe either said that this letter should be sent to me or he allowed it to be sent to me, that shows that the message within applies to me. Simply put, the Rebbe wants me to accept the offer and become that melamed

Reb Mendel then informed the community that he will be leaving them after Pesach. After Yom Tov he traveled to Lubavitch and became the melamed for a class of boys under bar mitzvah.

As noted, the Frierdiker Rebbe was the menahel poel of the Yeshiva and wanted to know the level and progress of every student in the Yeshiva.  In general, this was accomplished by the weekly report each melamed and mashpia wrote to him regarding the students. This was the way he appraised the situation in Zhembin and the other branches of the Yeshiva Tomchei Temimim that were not in Lubavitch. However, when it came to the students that were learning in Lubavitch, in addition to the reports he received, he also personally listened into the classrooms from time to time.

One summer day, the students in Reb Mendel’s class noticed that the door was slightly being pushed open. They realized that either someone is about to enter, or that the Rebbe’s son was behind the door and listening in. so they began glancing constantly at the door.

One of the points Reb Mendel mentioned was that the situation is exhausting and draining him of his strength.

Author’s note: the simple translation is that those who place their trust in Hashem, Hashem will reward them by refreshing their strength. [Some commentators explain that they won’t tire and others say it is stating that when Moshiach comes, they will be granted tremendous strength. However, the Frierdiker Rebbe explained it according to the literal meaning of Yachlifoo which means to exchange:

He explained that those who place their trust in Hashem and do His work [of educating His people in the teachings of the Torah], will have their strength that they invested into their work exchanged for Hashem’s unlimited strength which He will grant them. Therefore, you should realize that you are granted this power and vigor and shouldn’t tire.

I heard this vort from Reb Peretz Feigenson and Reb Dubrowsky (relatives of Reb Mendel) and I thank them for sharing it with me.

I chose to post it this week, as part of the farbrengen of Gimmel Tammuz. For many, these twenty-four years are daunting and may have the ability of weakening our stamina and resolve. However, we should invigorate ourselves knowing that by continuing to fulfill the mandate that the Rebbe gave us of spreading Torah and Mitzvos and thereby bringing the purpose of the creation to fruition, where everyone will see that Hashem created and directs the world, not only will we be granted back our strength, but we will be infused with the strength of the meshaylayach as well as the unlimited strength of Hashem, to finalize the last details that we are required to do in order to usher in the era of Moshiach. May it be speedily in our days.

P.S. In response to the question of what is the equivalence to tzitzis as it would apply to women to last week’s story, please see Di Rebbe Redt Tzu Kinder Parshas Mishpotim, page 113.

Rabbi Avtzon is a veteran mechanech and the author of numerous books on the Rebbeim and their chassidim. He is available to speak or farbreng in your community and can be reached at avtzonbooks@gmaih.com

« Shabbos at the Besht: Hiskashrus Stronger Than Ever
Weekly Unique Photos of the Rebbe »