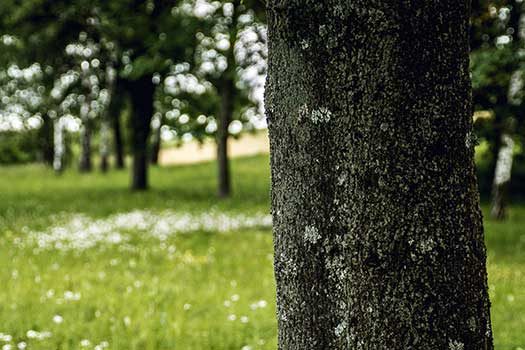 During a chassidishe farbrengen, the noted chossid Reb Moshe Rubin a”h said, I know that what I am going to say may seem hypocritical, who am I to tell others who are better than me, how a Jew and a chossid is to conduct themselves az ich alein halt nisht derbei – when I myself am not holding at that level. So before I say what is on my mind, I will say the following parable that I heard from elder chassidim.

A chossid was travelling to the Rebbe in Lubavitch. In those days, one didn’t have access to devices that could give you directions, so they used landmarks and the posted signs to help them along the way. So whenever the chossid came to a crossroad or fork in the road, he looked at the sign and followed the arrow that pointed towards Lubavitch.

It happened once that two chassidim were travelling together. When they arrived at a certain intersection in the road, one of them followed the sign and turned onto that crossroad. His companion said to him, I believe we are supposed to go in the other direction.

Seeing that the person wasn’t turning around he stated; If you were going with a coach driver who also wanted to be with the Rebbe in Lubavitch, then I will understand why you are following his directions. After all he also wishes to arrive there.

But the sign on that tree trunk, isn’t going to Lubavitch. In fact it isn’t moving at all. It is staying put at its own place. So why do you listen to it?!!

The person replied, “You are correct. The tree is a coarse piece of wood. It has no feelings or understanding. It won’t budge from its place. But the fact is that the sign is not lying or deceiving anyone. It is stating the truth, and I am willing to hear the truth from whoever states it.

Reb Moshe concluded, the same thing is here. I am mentioning a point that may be lacking in myself. So how can I state that this is how one is to conduct themselves, if I don’t do it myself? I am saying we have to daven better and everyone can see that my davening is not as it should be. This is especially problematic, because this is not the first time I am mentioning the importance of davening properly, and it still didn’t affect me. Like the tree, I am not moving along in that direction, I am staying put!

However, you are chassidim and you can “smell” the truth. Even if I am not at that level, this is what I heard from elder chassidim. So yes, maybe I am ah shtick holtz – thickheaded and it didn’t affect me. But I am the tree trunk that those great chassidim posted the placard with directions on it and follow them, they were real and their message is the truth.

I heard this vort from Rabbi Kasriel Kastel, when in a discussion with him as to how I should reply to someone who inquired of me how they can enhance their observance of Shabbos, he said, “Explain to them that they should strive to keep the pnimiyus of Shabbos, not just the laws of Shabbos, as the Alter Rebbe writes at the end of Kuntres acharon.

I replied, I have to be at that level to demand it of others.

As a response, he told me this thought that he heard from Reb Moshe Rubin.

As a personal note; everyone knows that Reb Moshe davened properly, and perhaps because of that he felt it should still be better

Rabbi Avtzon is a veteran mechanech and the author of numerous books on the Rebbeim and their chassidim. He is available for speaking arrangements and/or to farbreng in your community. He can be contacted at avtzonbooks@gmail.com

The biography of the Rebbe Maharash is now available in the Seforim stores.