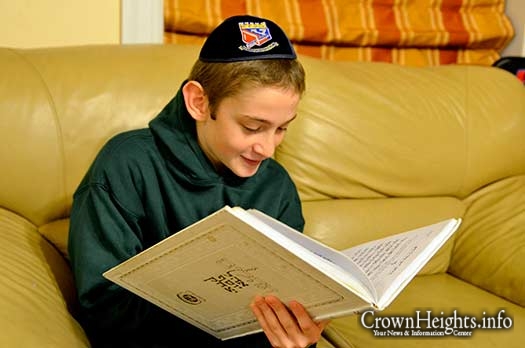 It is customary for us to recite tehillim throughout the two days of Rosh Hashana. Even if one completed the entire tehillim, they begin it anew.

The Frierdiker Rebbe requested that a minyan should be saying tehillim throughout the 48 hours of the yom tov. Indeed in 770 there are shifts of a minyan of bochurim throughout both nights, beginning from when maariv ends and Shacharis begins the following morning at ten.

The Tzemach Tzedek’s fifth son, Harav Yisroel Noach (known as the Maharin), who later on became Rebbe in Niezhin, once asked his father, the Rebbe, “Why do we say tehillim [throughout the year], and not any other sefer? Aren’t there appropriate pesukim, of tefillos (prayers) and supplications in the other twenty-three kisvei kodesh, that relate to these situations? So why don’t we ever say those pesukim?

The Tzemach Tzedek replied, “Indeed there are appropriate pesukim for every situation in the other seforim. However, not everyone knows which possuk to say for which situation. Dovid hamelech collected all of those pesukim and phrases and incorporated them in Tehillim. So there is no need for one to search and find the right possuk, it is already in front of him, prepared by Dovid Hamelech.”

The Tzemach Tzedek also wrote that the possuk in hallel (Tehillim 116:13), I will raise the cup od deliverance and proclaim the name of Hashem, is referring to one’s saying tehillim.

May the tefillos of Klal yisroel individually and collectively be accepted, and may we all merit a kesivav’chasima tova, L’shana Tova Umesuka in a revealed manner. As a chosssid once said, “it should be so good, that our wife and children shall proclaim that it is good”. And may we all merit to herald the revelation of Moshiach speedily in our days.

Rabbi Avtzon is a veteran mechanech and the author of numerous books. He is available to farbreng in your community and can be reached at avtzonbooks@gmail.com.