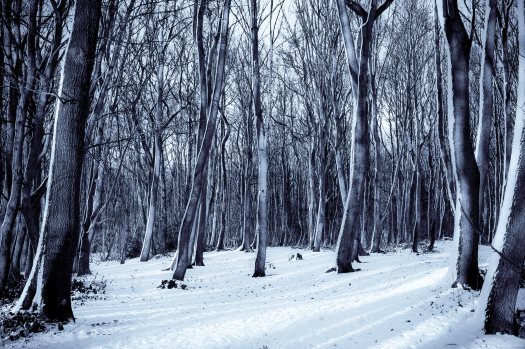 A few weeks ago I wrote about Reb Notka Barkan, how he changed his ticket and flew to San Paulo, Brazil, because when the Rebbe gave him a dollar, he said it was for Brazil.

This past week, I was told another powerful story connected about him and the perspective that a chossid should have.

A brief introduction. Reb Notka was allowed to emigrate from Russia in the early 70’s. In his first yechidus with the Rebbe, which took place a few months after he settled in Eretz Yisroel, he pleaded that the Rebbe help additional Jews obtain permission. Concerning one of them, the Rebbe replied, speak with [Reb Naftali] Berg, he is my man in Washington.

Reb Notka went to Reb Naftali Berg and indeed a few months later, to everyone’s astonishment, that Jew, who was highly educated in the world of Science, was allowed to leave.

Over the years, Reb Notka , maintained a close friendship with Reb Naftali and his children, and I heard the following from them.

As everyone knows, after WWII, Russia made an agreement with Poland which allowed all Polish citizens to return to their homeland. This enabled many Lubavitchers (including my parents) and others to escape Russia. They obtained Polish passports, either from Polish refugees that had passed away or were willing to give it away, knowing that because they spoke Polish fluently, they would be believed by the border guards when they say they lost it during the terrible war. While others created forged Polish passports.

Another way to leave was to smuggle across the border which was over 800 miles long. Some thought that this can be easily done at some discreet location, especially since Russia was signaling that it doesn’t mind if some people leave, as long as it is not being publicized. [They all thought that the government was aware of the illegal transports and indeed stopped a few of them, but allowed many others to go on unchecked].

Reb Notka heard about a smuggler who for a “fair” price would take anyone safely into Poland. Discussing it with a few friends they all concluded being that the person was not going through a famous crossing, in fact he wasn’t going through any crossing, rather they will be going through the forests. So the chances of making it were extremely good and it was worth it. So a few of them made the arrangements and began travelling to the town that was a few miles from the border to meet the smuggler.

Arriving in that town, they knew whose house they were supposed to go, however to their shock they noticed, that others including a few chassidim were there, a total of twenty-two people. Their host informed them that he would hide and provide food and shelter for all of them, until the smuggler feels it is safe to make the run.

A few days later the smuggler comes and informs them, that he never helps more than two people at a time. If anyone sees a group of people travelling at night, that would be a tell-tell sign of what they are doing, and bring unwarranted attention. Therefore he would have to make a lottery and every day he can only help two individuals.

The people were disappointed, but what he said made sense, and they made a lottery. Two lucky individuals were picked and with everyone’s good wishes off they went in middle of the night. The next evening the smuggler returned, and once again made a lottery and another two individuals were chosen and off they went. This happened ten consecutive nights and Reb Nota’s mazal (luck) was that on the eleventh and final night, he was one of the final two individuals to leave, and that night there was no lottery. It was only him and his friend.

The smuggler knew the woods very good and we walked the few miles to the border without any mishap. Finally we came to the top of a hill and the smuggler stopped. Pointing down the hill, he directed us to go in a certain direction and we will be in Polish territory in less than five minutes. He then informed us how we should travel to arrive at our intended destination in Poland and with whom we can talk to.

We thanked him and he retreated into the forest and we were on the way to freedom. Every additional step buoyed our spirits. We were halfway there, when suddenly a few soldiers jumped in front of us and instructed us to stop.

Seeing their guns and bayonets we realized we are doomed and thought that if we make one move they will shoot us on the spot. After all, that was Stalin’s guideline, shoot any person that tries to leave the USSR. Being that they didn’t shoot, we thought they will interrogate us in Russian, and we will respond in a very broken Russian that we are Polish citizens and maybe they will let us go.

But without warning, they began beating us with their guns and bayonets, berating us for trying to escape our Mother land Russia. After being beaten for a few minutes and crying out in pain as they broke many bones in our body, they picked us up and casually placed us on the back of two horses and brought us to their barracks, where they continued beating us mercilessly, until we passed out and they thought they finished us off.

The next morning they were aghast when they saw we were still alive, so they decided to force us to do menial jobs for them and so it went for many months. We were constantly in pain from the bruising onslaught that they gave us and we still had to do tasks for them. In essence we became prisoners who had to do forced labor.

By the time we were miraculously freed, the border was sealed and no more Polish citizens were allowed to repatriate themselves and we were stuck. Only after almost twenty-five years, did Hashem show His kindness and I was allowed to leave.

While I remained observant during the entire time I was in Russia and was part of the machteres (underground Jewish educators etc.), I must admit that from time to time a thought would bother me. Why was it my mazal (Luck) that I was the last group to be chosen? All the others were so lucky, they were able to leave twenty five years earlier. They weren’t under the oppressive Communist regime. They were able to walk around in the open declaring proudly that we are Shomer Torah u’mitzvos, while I was stuck in this tremendous prison called the Soviet Union all of this time.

Why was I the last? Why was I caught and beaten? Why was I imprisoned.? Where is Hashem’s love for me?  Everyone else was good enough to leave, but not me?!

When I arrived in Eretz Yisroel, the first thing I wanted to do was to meet my old friends and associates and see how they lived for the last twenty five years. So I began asking other chaverim (friends) about Yankel and Shmerel and everyone else we knew.

They all shrugged their shoulders and finally replied, Why are you asking us, when they were stuck in Russia with you. You could and should know about their whereabouts better than us. We were hoping that you can give us their addresses so that we can send them affidavits that we are their relatives and are willing and able to support them, so they can leave Russia.

Hearing that they weren’t in Eretz Yisroel,  I broke down in tears, and sadly informed everyone that something must have happened to those individuals during their escape to Poland. Either the smuggler was in cahoots with the governments’ officials, and they were all killed by the border guards that beat me to a pulp, as they tried to cross those last five minutes of Russian territory. Or if they succeeded to cross over, they were killed by the Polish gentiles who were afraid that the Jews are returning to claim their houses, property and businesses.  My only hope was that perhaps they changed their plans and settled in America.

But then when I came to America, and no one heard or knew about their whereabouts, I realized that my fear was correct. All of those wonderful people, hoping to have a brighter future never made it.

But then it dawned on me, all these years I was harboring a grudge or ill feelings against Hashem, Why was I the final one, why was I not allowed to leave, why is everyone better or more loved than me? And now I see it was Hashem’s tremendous love to me that made me the last one, I was caught and not allowed to leave, in order that I survive.  Yes hashem’s kindness was concealed, but there is no other word to describe it, but LOVE, no, it was HIS TREMENDOUS LOVE.

I post this story this week, since we all hope and pray that these days shall be changed from sadness to happened. The simple meaning to this phrase is, that when Moshiach comes, we will no longer lament the golus (exile). However, in Chassidus it is explained, the deeper meaning of this saying that the sadness itself will change into Joy. (Similar to the explanation that Rabbi Akiva gave to his colleagues why he was rejoicing when they all noticed that fox were roaming the area that the Kodesh Hakodoshim (Holy of Holies) stood. May it be even before this Tisha B’Av.

Rabbi Avtzon is a veteran mechanech and the author of numerous books. He is available to farbreng in your community and can be reached at avtzonbooks@gmail.com. He also asked to thank all those that send him inspirational stories that enabled him to continue writing this column  for these last two years. Please send your story to avtzonbooks@gmail.com.