« Weekly Letter: The True Jewish Approach to Suffering
Shabbos at Besht: Who Will Build the Beis Hamikdosh? » 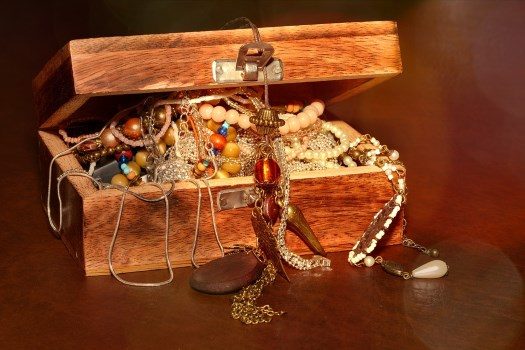 A king once left his palace for an excursion. The days went by and the king was satisfied with what he saw. The populace was happy and the officials were carrying out their responsibilities in a dignified manner. The welcome he received in the various cities was genuine and uplifting, and the king gave to many officials a small token to express his sincere appreciation. He began his return home in an upbeat mood.

The evening before he was to arrive at his palace, the king was caught in a torrential downpour. In a few moments he was drenched and slowly began feeling cold. Realizing the danger of hypothermia he began in earnest seeking a shelter. After some minutes he noticed a small shack in the distance and immediately rode towards it.

The person who opened the door immediately invited his honored guest in, and apologized for not having too much to offer, even if his guest would have been a regular individual, and how much more so, is it inadequate for his Royal Highness, his majesty the king himself. But, he added, everything I own is at his majesty’s disposal.

The King thanked him and said, all I would like, is to change out of my drenched garments, have something hot to drink and a place to sleep.

The man immediately brought out his other set of garments that was somewhat oversized for the king and profusely apologized for it not being soft to the skin.

He then warmed up the watery soup that he had and made sure to include in it the few remaining vegetables, together with a hot drink. Once again he apologized for not serving his majesty the king befittingly

While the king, was changing and eating, his host went to his shed and pulled out a new batch of hay. He then laid it out on the floor next to the crackling fire in the fire place and covered it with his thickest cloth, desperately trying to make it as comfortable as possible.

The king sincerely thanked him for the wonderful meal and being that the rain was still coming down in torrents, he accepted the bed that his host prepared for him and went to sleep. Exhausted from his ordeal, the king fell into a deep sleep.

Waking up the following morning from the chirping of the birds and crickets, the king noticed that the table has been set with a few fresh vegetables and berries that his host had evidently just picked and the water for a hot drink was boiling on the fire. Hanging on a string next to the fire, were his own clothing, now dry and warm.

After eating the small breakfast, the man asked the king if he can lead him to the main road and escort him until the king is safe and secure.

Once again the king expressed his deep gratitude for everything that he did for him, and the man began guiding his majesty the king to his Palace. Shortly after coming to the main road leading into the city, the kings servants found them and the king entered one of the carriages, which sped off to the palace, and the man returned home.

As soon as the king arrived, his servants brought out a new set of fine clothing, served him the finest foods, prepared as the king had requested, and made the king feel as comfortable as possible.

Before taking care of any of his royal duties, the king instructed that his host be invited to the palace for that evenings’ meal. As soon as the messengers left with the invitation, the king instructed that the meal be held in the banquet hall, with all the pomp that is done when he hosts visiting dignitaries. The orchestra should be playing and the jester should be prepared etc.

The messengers arrived at the hut, and after waiting some time and calling out to him, finally found the man. Being that it was already becoming late, they informed him that he must rush as the king is waiting for him.

The following morning, the man woke up and didn’t know what to do. He felt uncomfortable walking around the palace, less he wakes up the royal family, so he looked out of the window. After some time he heard voices in the hallway and the king himself came to take him to breakfast. After breakfast the king said, before I allow you to return home I would like to show you the royal treasure room.

The person was astounded at what he was seeing and then the king told him, take whatever treasure you desire. This is only a minute expression of my sincere thanks and appreciation for your tremendous hospitality. Furthermore, here is a pass, which allows you to enter the palace whenever you wish and it instructs all of my servants to fulfill your requests.

The man couldn’t believe what he was hearing, and replied, this pass that his majesty gave me is the treasure I chose. I have received more than I am worthy of.

Hearing this, the king replied, “Being that you don’t want to choose, I will choose for you,” and he instructed a servant to fill up a bag with precious gems. The man gratefully accepted it and then was escorted home.

As soon as he left, the king noticed the perplexed expression on the faces of many of his servants. So he asked them, what is bothering you?

A servant who was employed by the king for over thirty years, replied. Your majesty, we understand that this man deserves an expression of His majesty’s gratitude. However, we cannot understand why His majesty gave this man a greater expression than he has given any one of his subjects, not even the general who won the wars! We personally supply His majesty with everything that this person did and in a much better manner, yet none of us were rewarded even remotely as well as this person. Not that we are hurt or jealous, just we are trying to understand the wisdom of His Majesty.

The king replied, I will explain it to you. When a king is in his palace, he lacks nothing. His servants treat him with the utmost respect and serve him extremely well, but they are using the kings’ resources. However, that evening when I was caught in the rainstorm, If not for that mans’ simple home and meager meal, what would my entire kingdom be worth for me, I could have perished.

At that moment, the clothing he gave me to wear was the most welcoming and comfortable clothing one could have. The paltry soup and hot drink were the most sumptuous and nourishing meal one can desire and the mattress of hay was the most comfortable bed imaginable. So tell me, is he not deserving of the gratitude I gave him? The only question is, perhaps it isn’t sufficient and he deserves even a greater reward than that, and therefore he was given the royal pass, so he has the opportunity to ask for anything he desires.

I am posting this classical story used by chassidim, as this upcoming week is the beginning of the month of Menachem Av. For the third day of Menachem Av the Rebbe writes in his sefer HaYom Yom, “When Moshiach arrives, May that be speedily in our days!, people will begin yearning after the bygone era of the exile. Then people will begin regretting for not having devoted themselves to Divine service during the exile, as they will then comprehend the tremendous anguish for their lack of avodah (service to Hashem). Now during the [last] moments of exile, is the time to do this avodah – and prepare oneself for the imminent coming of Moshiach.”  And I thought this story brings out this saying of the Rebbe with clarity. Every positive action and mitzvah that we do, even if it seemingly is a small and trivial one, tne nachas ruach (enjoyment) that Hashem derives from it is immeasurable. May we all merit the geulah hashleima with Moshiach Tzidkeinu speedily in our days.

Rabbi Avtzon is a Veteran Mechaneh and the author of numerous books. He is available to farbreng in your community, and can be contacted at avtzonbooks@gmail.com.

« Weekly Letter: The True Jewish Approach to Suffering
Shabbos at Besht: Who Will Build the Beis Hamikdosh? »