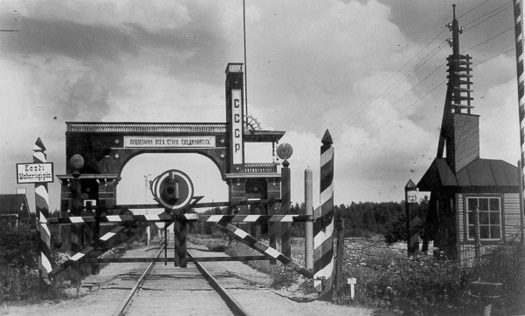 In 1947 the Rebbe went to Paris, France, to meet his mother Rebbetzin Chana and bring her to America. During the weeks he was there he farbrenged with the chassidim. At one of the farbrengens, a chossid bemoaned their difficult situation of obtaining Visas to move to America or other countries etc, saying that for the time being they are in limbo. He asked the Rebbe that he should please relay the message to his father in law the Rebbe, saying it is urgent and it should be a priority by the Rebbe.

The Rebbe replied, I will like to tell you a story about the Rebbe. One day this year, the nurse entered the Rebbe’s study room and saw that the color in his face wasn’t its usual color, and he was sitting in his chair motionless. Going over to see that everything is alright, she was startled when he didn’t respond to her inquiries or any of the noise she intentionally created to get his attention.

Frightened at the possibility that something chas v’sholom happened, she rushed out to inform the family. I was asked to go in and see what is going on.

I entered the Rebbe’s room and noticed that he was sitting in his chair without any movement. This was exactly as the nurse noted, but he wasn’t slumped over. So I went over to my father in law, the Rebbe and I noticed that his eyes were closed but lips were moving. He was saying something but in a very low tone, that it was barely audible.

Bending over I wanted to hear what the Rebbe was saying and although he wasn’t davenning Shacharis, I heard him saying the Shira (uz Yushir Moshe) a few times.

All of a sudden he opened his eyes and happily exclaimed, Boruch Hashem zei zeinin ibergigangin di greinitz – they crossed over the border.

[Evidently, at that time a group of chassidim were trying to escape from Communist Russia, and using the agreement between Russia and Poland, that Polish citizens can return to their homeland, many chassidim, got hold of or obtained Polish passports (some forged), and claimed they were Polish Jews and are returning to their homeland. Many chassidim succeeded in this manner, including the Rebbe’s mother, however, some were caught and imprisoned. Compiler’s note: That is why the Frierdike Rebbe was saying the Shira, that just as Moshe and the Jewish people crossed over, so too should the chassidim be successful in crossing over the border]

The Rebbe did not receive a letter informing him about the attempt and time and date, however, he sensed the urgency of the moment and realized that his chassidim need help. So he put everything aside and davened for their well-being until he saw that they were out of danger and completely safe.

So the Rebbe doesn’t have to be reminded about the plight of his chassidim, he is aware of it and davens constantly and does all intervention he can on their behalf, without being asked.

May we too be able to cross the line of hardship and exile, into comfort and redemption with the coming of Moshiach Tzidkeinu speedily in our days.

Posted lizchus and  in anticipation of a complete and speedy recovery for Hachayil Chaim Schneur Zalman Hakohen ben Chana Mala.

Rabbi Avtzon is a veteran mechanech and author of numerous books. He is available to farbreng in your community and can be reached at avtzonbooks@gmail.com.