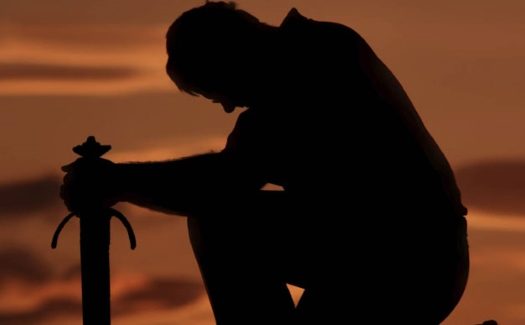 By rewarding Pinchas, Hashem seems to be encouraging zealotry. As a Chabad Chosid, is there room for zealotry at all? Is zealotry a strength or a weakness? Rabbi Avrohom Brashevitzky, Shliach to Doral, FL, shares his thoughts on this week’s Parsha – Pinchas.

Our Parsha opens with Hashem saying to Moshe: “Pinchas the son of Eleazar the son of Aaron the Kohen has turned My anger away from the children of Israel by his zealously avenging Me among them…”.  Rashi explains the reason why The Torah repeats the pedigree of Pinchas, although it had done so very recently, when he did the act for which he is now being rewarded. Since “the tribes were disparaging Pinchas, saying that he is the grandson of Yisro who fattened cows just to offer them as sacrifices for Idolatry” – Hashem made a point to insist that Pinchas is a direct descendant of Aharon Hakohen.

The Torah was written for all generations; from every single detail there’s a lesson to be learnt in life. Furthermore, as a rule The Torah refrains from portraying anyone (anything) in a negative light, unless there’s a lesson to be gleaned from it. Of what value is it for us to know that they ridiculed him? Do we not know that it’s wrong to speak bad about others, let alone a Tzaddik and hero? Could it be that in their argument lays an important message for us, one that couldn’t have been avoided just for the sake of “not speaking badly about others”?

The Rebbe explains their argument in the following manner: certainly all were well aware of the fact that Pinchas “saved the day”. There was no avoiding the fact that he had saved the lives of thousands of Jews. The complaint of many was regarding his motivation. They argued that Pinchas was predisposed to violence and cruelty, and lucky for him he was “in the right place at the right time” to act on it – with a righteous justification. They reasoned that he is not such a great Tzaddik, thus he is not deserving of accolades. Since Yisro was his maternal grandfather he must have inherited some of his negative character traits. To fatten cows just for the sake of non-purposeful slaughter is an act of cruelty.

For this end Hashem made it a point to emphasize once again that Pinchas is indeed the grandson of Aharon the Kohen. Hashem Himself attests to the fact that Pinchas is a gentle being and that his motive was peaceful and just. Pinchas acted with zealotry motivated by noble intent. This makes him the perfect example of what a proper zealot should be like. The entire story teaches us what a zealot should and should not look like.

A true Jew – a follower of the ways of Aharon Hakohein – always seeks peace and harmony. Just like Aharon did – one must be ready to go to extreme measures in order to bring rapport and goodwill to all. However this kindness is not to be mistaken with weakness. This goodwill is a mark of strength and resolve, therefore when Chas V’shalom it becomes necessary to make a harsh stance – when the circumstance does not lend itself to niceties and pleasantness – the “Aharon Hakohen” gets the job done. Against his own predispositions and comfort he reacts harshly – for the moment – in order to bring true peace; peace with Hashem.

As illustrated in last week’s Parsha when describing the stance Pinchas took: “Pinchas the son of Eleazar the son of Aaron the kohen saw this, arose from the congregation, and took a spear in his hand”. Had The Torah written merely that Pinchas smote them with a spear, would we not have known that he “saw” and “arose” and “took a spear in his hand”? Rather the message here is: Pinchas never walked around with a spear in his hand. The use of a spear or even the realization that a Jew can stoop so low that the only solution would be to execute him – was absolutely foreign to him. Only after he “saw” i.e. analyzed the situation thoroughly, did he rise and pick up a spear and do what had to be done!

Sadly, too often we are too quick to criticize. There almost seems to be pleasure in the fact that someone else messed up, thus allowing us the opportunity to perform the great Mitzva of speaking out. Some even enjoy standing in wait to “throw stones”. Too often the so called zealots – although fighting for the most just and holy of causes – are (also) enjoying the G-d sent opportunity to beat up on some wrongdoer… We must learn from the Aharons, from the Pinchas heroes of the world: don’t “walk around with a spear in your hand” – waiting (yearning) for the opportunity to use it!

A Chasidic Jew who became involved with the teachings of Chabad Chassidus grew into a devout Chosid of The Rebbe. He was however bothered by the fact that The Rebbe didn’t seem to take a strong stance against those who desecrated the ways of The Torah. He asked The Rebbe about this. The Rebbe responded that “the previous Rebbes had the strength to deal with both, the “Sur Meirah” (shun evil) and the “Assei Tov” (do good), I don’t have the strength to do both so I’m focused on the “Assei Tov”. (Although, we do see that – just as in the case of Pinchas – The Rebbe did take a public harsh stance when He saw it necessary, for example Mihu Yehudi, the issue of the safety of Israel and the case with the stolen Seforim.)

Facts speak for themselves! What has The Rebbe’s approach accomplished in the world is unbelievable and surpasses anything that was ever done for the preservation of Yiddishkeit!