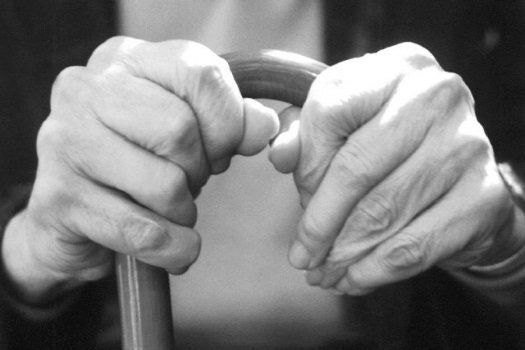 Often at a farbrengen, or while learning in public a maamar or sicha, the mashpia speaks about the importance of becoming one with the message or thought being discussed. Sometimes the word used is, we should become far’eintziked (as one) with it, other times the expression that it should be b’pnimious (internalized) and not remain superficial, or similar verbs.

The question then becomes, what is the litmus test to see if it truly became part of the person’s essence or not. Especially as we learn in Chassidus, there are always a higher and then even a higher level.

This week, as we prepared for Yud Beis Tammuz, I heard the following episode from Reb Shlomo Galperin, which I believe brings it out poignantly.

Reb Chaim Zalman Kozliner (known to chassidim by his initials, as ChaZaK because that how he signed the letters dictated to him by the Frierdike Rebbe), was one of the of the Frierdike Rebbe’s mazkirim (secretaries), in the most bitter times of the persecution by the secret police and “evsektzia” in the 20-30s  .

This incident occurred many years after the Frierdiker Rebbe was released from his imprisonment on Yud Beis Tammuz and left Russia a few months later.

Sadly to say in his later years, when Reb Chaim Zalman was living in Nachalas Har Chabad, he began suffering from dementia. If it was caused by Alzheimer’s or Parkinson’s, or a combination of them, I don’t know, but it is suffice to say, that he no longer comprehended the difference between one day of the week or the other or seasons etc.

His son, Reb Mottel lived in close proximity to him and would visit his father at least three times a day. Once in the morning, to help his father get up, dressed, put on tefillin and eat. Once in the afternoon to see how he is faring and if he needs anything, etc., and finally in the evening to make sure the attendant gave him his medications and help him get ready for the night.

Although it pained him seeing how his father (who on the surface all his life was a very “farmachter” a reserved, quiet chosid) although in reality he was sharp like a whip was deteriorating in his mental abilities, Reb Mottel respectfully answered, No father, It will be in a few months or in some weeks or days etc.

The day of Yud Beis Tammuz arrived and Reb Mottel heard the same  usual question and he replied , Yes, today is Yud Beis Tammuz, not expecting anything special to happen; as noted his father no longer comprehended the difference of one day to another. To his happiness, there was a noticeable reaction, as the face of his father lit up and his eyes were shining .

Then how shocked he was when his father became animated and with vitality and clarity, he exclaimed; “Put (Shtel) mashke on the table, we must say L’chaim, as today is a awesome and exceptional Yom Tov – the Rebbe is bafreit gvorin (was liberated  from his imprisonment).

To  such an extent es hut eim durchginumin  (it permeated him) that even when he could not remember so many other basic points of knowledge, this remained by him in all of its power.

The Frierdike Rebbe was released after he demonstrated how every individual has the ability to stand strong against the powerful evil forces that attempt to erode the way of life as the Torah expresses it and as it is illuminated by Chassidus. By chassidim it is the real Rosh Hashanah of mesiras nefesh (giving over your desire and will to do it as Hashem desires), let us continue in his path.

Rabbi Avtzon is a veteran mechanech and author of numerous books. He is available to farbreng in your community and can be contacted at avtzonbooks@gmail.com.