« Op-Ed: From Oustside In
Weekly Unique Photo of the Rebbe » 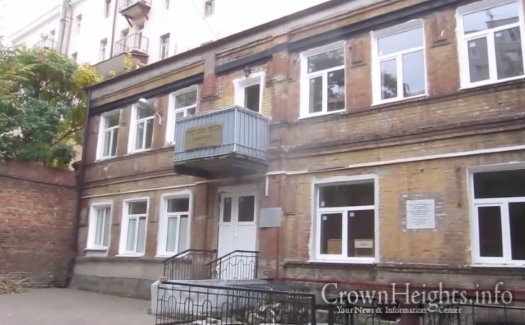 The story of the Frierdiker Rebbe’s arrest and interrogation in 1921 in the city of Rostov-on-Don (which occurred prior to his arrest, exile and liberation in 1927) became well-known in the early 1940s, and has been a source of powerful inspiration ever since. But few people know why the Frierdiker Rebbe chose to have it transcribed and translated to English.

Upon the Frierdiker Rebbe’s arrival to the US in 1940, he encouraged R’ Nissan Mindel (who came together with him by ship from war-torn Europe) to join and participate in a newly-formed weekly Torah learning group of Jewish academics in Manhattan.

Rabbi Mindel would report back to the Rebbe every week about the group and the learning – to which the Rebbe replied with enthusiasm and suggestions.

On one occasion, the Rebbe suggested that, being that the essential point of learning is that it bring one to doing, the best way to inspire the people to action is with a story. And so the Rebbe proceeded to write down, in Loshon Kodesh  and in detail, the story of his arrest and interrogation in 1921 and suggested that Rabbi Mindel share it with his group.

Rabbi Mindel translated the story to English, which we present here as he originally translated it, and shared it with the learning group that week.

It made a deep impression.

This story, in addition to other interesting details connected with this Torah learning group in Manhattan (including handwritten answers by the RAMASH – as the Rebbe was called before 1950 – to some of the questions which the participants had asked) – is included in the book being prepared for publication by Nissan Mindel Publications: Chabad in America Through the Folders of Nissan Mindel.

It was in the summer of 1921, in the month of Tammuz (July),when the Rabbi was invited to appear at the Tch.K. – extraordinary committee, later to be known as the G.P.U. (the equivalent of the Nazi Gestapo and dreaded no less).

The Rabbi was then in Rostov/Don, and the “invitation” was the customary one: As the Rabbi was davening,(still in mourning after his father), three Tschekists entered the room, armed to their teeth, with rifles, guns, Caucasian knives and a belt of ammunition.  Not attempting to disguise their hatred, they went up to the Rabbi and told him he was requested to accompany them immediately to the Tcheka.

Two of them were of the Yevsektzia (Jewish section), and the third a gentile.  When the Rabbi told them he wished to conclude his prayers, the two Jews almost fell upon him trying to tear off his Tallis and Tefillin, and were it not for their gentile companion they would have forced him to accompany them before concluding his prayers.  The gentile guard, however, prevailed upon them to let the Rabbi conclude his prayers.

(Incidentally the Rabbi recognized one of the Jews as a native of Shavel, having once come to him for help, and the Rabbi secured a position for him with a tobacco firm, and even lent him some money to start business on his own, that was of course before the revolution).

When the Rabbi concluded saying the last Kaddish, he took off his Tallis  and Tefillin , and accompanied them to the  dreaded Tchekah.  He had an armed guard on each side of him, and one walking  behind, like  a very dangerous  criminal.  In those days one never knew whether one could come back alive from a visit to the Tcheka.

He was led into a large room where some of fifteen men sat at a long table, on each side, with two men at its head.  The Rabbi was placed at the end of the table, still surrounded by the armed guard.

One of the two men sitting at the head of the table turned to the Rabbi saying, We are members of the committee investigating religious activity under the auspices of the party; we are engaged at present in investigating the Jewish faith.  We had some questions cleared up by Rabbis Berman and Goldberg, whom we had invited here.  Now you have been invited to clear some questions with regard to Kabbala and Chassidism.

He spoke in Russian.

The Rabbi replied in Yiddish, I have already been invited twice before to the Tcheka, when I already stated that I would not deviate from my principles, and the man or devil hasn’t been created yet who could make me give up as much as an iota!

Before the Rabbi managed to conclude his few words, one of the Tschekists present, sitting near the head of the table, picked up the gun lying in front of him (in addition to being armed with a gun, each one had a gun lying on the table before him, no doubt to intimidate these taken for an “inquisition”), saying:  This toy does away with many principles, and opens the mouth of the dumb.

“You are absolutely mistaken”, the Rabbi said,” for this toy impresses only those who do not believe, these cowards who have only one world and many gods, to whom each passion is a god and they are afraid to lose this only world.  But as to Jews who have only one G-d, but two worlds, this toy does not frighten, and even makes no impression whatever!”

“We have not called you for the purpose of annoying you” , said the chairman, “and let’s hear your principles; maybe we can get together on them”.

“My principle is that I do not wish to hear nor to speak any other language but Jewish, even among Christians, and especially among men who belong to the Jewish people”.

“How do you know that we are Jews?” One of them asked.

“Maybe I am mistaken, and not all those present here are Jews.  My grandfather could recognize a Jew at a glance even in the street.  Once when he was in Kiev walking along Krestchathik Street, he stopped a young man dressed in modern clothes, clearly anxious to disguise his Jewish origin, and asked him where a famous professor lived.  The young man became incensed, and said, ‘How do you know that I am a Jew?’ said my grandfather, ‘the Bris left an effect upon your nose.’  Now, I cannot recognize by that same criterion, but I still believe I am not mistaken.”

The first question was: “You observe your faith in every detail; you keep your heads covered, you wear Tzitzis ,  and so forth.  Now all these things you do, do you do it because of conviction, or because of your faith and habit?”

“From absolute conviction”, said the Rabbi.

“If so, convince us also, and bring us to the same spiritual level as yours”, they said.

“I am prepared to oblige you, and surely you will give me an opportunity  to  fulfill  your request; You will admit however, that if a student of astronomy is stopped in the street by someone, with a request to explain to him the celestial system of the stars and planets, surely the student of astronomy would tell him, I cannot explain it to you here in the street right now, but if you really wish to learn, come up to the planetarium, and you will see with your own eyes through the telescope the movements of the stars and planets.  Similarly I say to you, if you really want to learn and be convinced about our faith in G-d and his Torah , come with me to the house of G-d, put on Tefillin,  eat Kosher, observe Sabbath , then your mind will be clarified, as well as your heart, and  you will be able to understand an ethical thought, and I will surely bring you little by little to that conviction in the truth of our faith and the Torah.

“But first explain to us intellectually, and then he will take it upon to observe the Jewish faith, but until then we cannot accept the religious matters as truth”.

“You surely know definitely that food not merely satisfies the stomach, and gives strength, but even fattens, because it turns unto blood and flesh.  In medicine, the process of digestion is clearly explained, but suppose someone said, I shall refuse to eat until it will be explained to me how the food turns into blood and flesh.  It is necessary to believe and eat and drink first, then go and study medicine if you wish.  And so it is also with religion.”

The words made a profound impression.

« Op-Ed: From Oustside In
Weekly Unique Photo of the Rebbe »