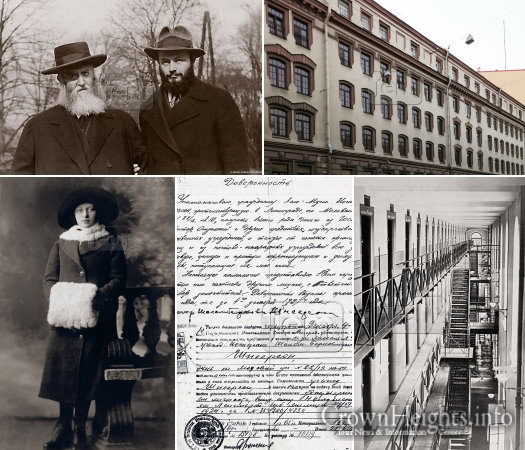 As we mark 90 years since the liberation of the sixth Lubavitcher Rebbe from Soviet incarceration, a new book by Kehot Publication Society provides hitherto unknown details of the role in the saga played by his daughter, Rebbetzin Chaya Mushka, and eventual son-in-law, the Rebbe, Rabbi Menachem M. Schneerson.

Early Years, the critically acclaimed book by Rabbis Boruch Oberlander and Elkanah Shmotkin, presents a host of critical documents pertaining to the events surrounding this historic event. These newly published manuscripts and documents include:

This authorization, which extends for three years, is especially noteworthy, since despite the fact that the Previous Rebbe had an older daughter at the time who was already married, with the threat of incarceration over his head, he chose to entrust his affairs to his unmarried middle daughter, Rebbetzin Chaya Mushka.

In the words of Rabbi Duchman, quoted in the book (p. 202), “If not for the Rebbe, we would not be celebrating this festival of liberation!”

After an incredibly successful launch, the second printing of Early Years has arrived! Order your copy now at jemstore.com.