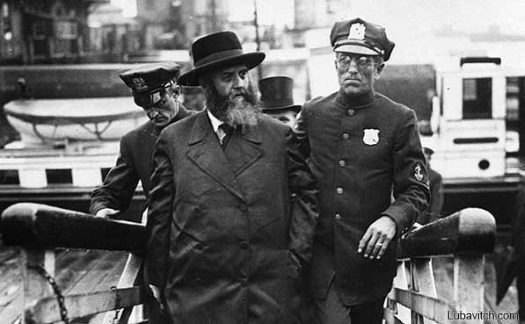 The twelfth of Tammuz (this year: July 6) is the birthday of the sixth Lubavitcher Rebbe, Rabbi Yosef Yitzchak Schneersohn, of blessed memory. It is also the day when the Rabbi received a notice of freedom from his exile in Kastroma, Russia.

Rabbi Yosef Yitzchak was targeted by Soviet authorities for his activism on behalf of Jewish education and Jewish religious and communal life. He was the only Jewish leader who chose to remain in Russia following the communist revolution, and he built a network of underground yeshivot and a Jewish support system that functioned clandestinely through all the years of communism. At grave risk to himself and to his Chasidim, the Rebbe kept the moribund embers of Jewish life alive.

In 1927, he was arrested in his home in Leningrad on accusations of counter-revolutionary activities and sentenced to death. The sentence was commuted to three years in exile to the isolated town of Kostroma in central Russia.

But his arrest and exile drew wide attention, and international pressure compelled Soviet authorities to commute his sentence shortly thereafter. Because it was a legal holiday when the Rebbe received news of his freedom, he only went free on the following day, 13 Tammuz. Thus, both 12 and 13 Tammuz are celebrated as a holiday of liberation by Jews everywhere..

He returned to Leningrad, but was forced to leave Russia, and later that fall, he arrived in Riga, Latvia, from where he continued his work for Russian Jewry.

The Rebbe later moved to Poland, where he opened a yeshiva that drew students even from the United States. At the beginning of WWII, with the help of the U.S. government, he managed to escape Nazi Europe. He arrived to New York in 1940, where he relocated the headquarters of the world Lubavitch movement. His work in Soviet Russia continued, clandestinely, by Chasidim that remained behind the Iron Curtain.

Rabbi Yosef Yitzchak is thus credited with planting the seeds for the current revival of Jewish life in Russia. Following the fall of communism in 1990, Chabad-Lubavitch opened the clandestine network established by Rabbi Yosef Yitzchak and nursed through the tenure of his son-in-law and successor, Rabbi Menachem Mendel Schneerson, finally resulting in the dramatic renaissance of Jewish religious life in the Former Soviet Union today, where over 300 Chabad emissaries conduct Jewish programming openly throughout Russia.