« Beloved Teacher to Be Remembered with Sefer Torah
Weekly Letter: No Vacation from Torah and Mitzvos » 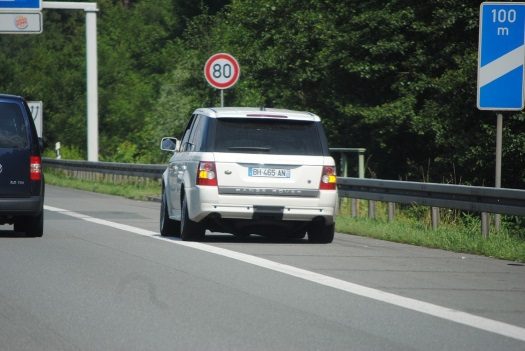 A few weeks ago a friend shared with me the following story; A mother was driving in a rainstorm on a major road, with her four young children in the car. the youngest was just a few months old, when the car broke down. She was able to steer the car onto the shoulder of the road and went out of the car, hoping a motorist will stop by and assist her. However, five, ten and thirty long minutes passed and the cars just zoomed by her.

All of a sudden an elderly man walking with the assistance of a cane comes up to her and says calmly; return to your car and children, my wife called up our mechanic and he is on the way to help you, everything will be just fine. I will wait in my van until he arrives and see that everything is in order.

The lady was so grateful for this relief and she went to her children and told them the wonderful news.

True to the man’s word, some ten minutes later, the mechanic arrived with his tow truck, and after checking out the car for a few minutes, he told the lady, I will have it ready for you at nine in the morning and meanwhile you and your family will sleep in the local motel for the night. My friend and his wife will drive you there in his van.

Arriving at the motel, the children were extremely cranky and exhausted that the lady happily accepted the key to a room and took the tow drivers number and went to sleep. She figured that in this motel the customer can pay on their way out.

Before nine in the morning, the phone in her room rings and the attendant at the desk informs her that her car is that the mechanic brought the car to the motel and it is ready to go.

Asking her oldest child to watch the younger children for a few minutes, she goes to the lobby to thank him for taking care of her car before his other responsibilities, pick up the keys and pay the bill.

How shocked she was, when the mechanic informs her that the bill for the repair was already paid for by the elderly couple and the attendant at the desk informs her the same about her room.

Asking for the couple’s name to repay them, she is informed that they said; “If the woman wishes to repay us, she should see to help a stranger she meets in their time of need. We were happy to do it for you and you can pass on this wonderful spirit to others! PASS IT FORWARD!”

As I heard this story, I said to myself, isn’t that the appropriate message of Gimmel Tammuz.

The Rebbe has touched so many of us in numerous and various ways. Yet he never asked for anything personal in return. What he did request is; that we pass on this wonderful experience and feeling that we had and which remains with us and touch and inspire someone else to also strengthen their connection to Hashem by learning the Torah and fulfilling its mitzvos meticulously.

The first ones we are to touch, are our children, siblings and students. They did not merit to see the Rebbe and yet they yearn to be close to him. Share with them the Rebbe’s teachings, advice and outlook. Inspire them to follow in his ways and learn his sichos and maamorim, become chassidishe men and women and elevate the world that it is ready to receive the glory of Moshiach tzidkeinu speedily in our days.

In sichos during 5748-9 / 1988/9 the Rebbe mentioned doing random acts of kindness to another person. If it is proper to do so in helping one to deal with life issues, how much more so is it important to share with our family, friends and associates the Rebbe’s view on the purpose of our creation, to make the world a dwelling place for Hashem’s shechinah.

Rabbi Avtzon is a veteran mechanech and noted author. He is available to farbreng in your community and can be reached at avtzonbooks@gmail.com.

« Beloved Teacher to Be Remembered with Sefer Torah
Weekly Letter: No Vacation from Torah and Mitzvos »