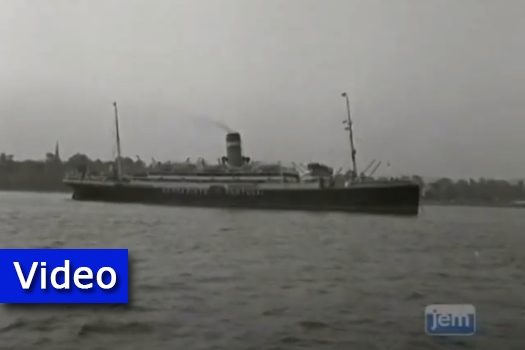 Today marks the 76th anniversary of the Rebbe’s safe arrival to the united states. On the 28th of Sivan in 1941, the Rebbe arrived in America with his wife, Rebbetzin Chaya Mushka after fleeing war-torn Europe.

From the day he arrived, the Rebbe began his efforts to revitalize Jewish life in the Western Hemisphere, which spread, by means of the Shluchim, to every corner of the world.